What 2013 Holds for Apple: My Predictions

by Robin Parrish 9 years ago2 months ago

The rumor mill has always run rampant where Apple is concerned, and 2013 is shaping up to be no different. Just for fun, here are my predictions for what products Apple will and won’t ship in 2013. Sound off and let us know what you think is coming this year!

Here are the main rumors circulating about what Apple has up its sizable sleeve for 2013, followed by my thoughts and odds on whether or not they’re going to become real. 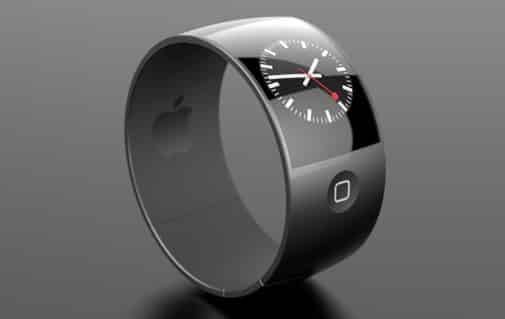 Probably the most repeated rumor out there at the time of this writing, everyone and their brother seems to have an opinion about Apple putting out a definitive smartwatch. I’ve explained before why I think this one is a sure thing, but in a nutshell: it makes too much sense for Apple not to do it. There was no clear definition of what a smartphone or a tablet computer was until Apple announced the iPhone and iPad. Likewise, smartwatches are a new product category that’s ready to explode. All it needs is for a heavyweight like Apple to show the world its potential.

Apple holds dozens of patents that would come in handy for a smartwatch — not the least of which is one for a curved glass touchscreen — and they know how to cram powerful technology into tiny spaces better than anyone on the planet. Most of the “work” you do on your iWatch would be done through voice commands, but depending on the size of the touchscreen, there would be room for apps as well. Imagine a device you wear around your wrist that interfaces with iCloud, on which you can dictate calendar events or compose emails, remotely control other Apple devices, use GPS and maps and all that jazz, and more. It won’t do phone calls, but iChat might be built in. And a data plan will be a must, since it’s the very definition of a mobile device. A camera for taking pictures wouldn’t make sense for a watch, but a front-facing camera for FaceTime seems like something Apple would want to do. (Calling Dick Tracy…) If not in the first generation of the device, then certainly somewhere down the road. Oh, and of course it will tell time in the most beautifully minimalistic way possible.

Futurists have long predicted wearable computing is where technology will someday go. Now, the future might be just around the corner. 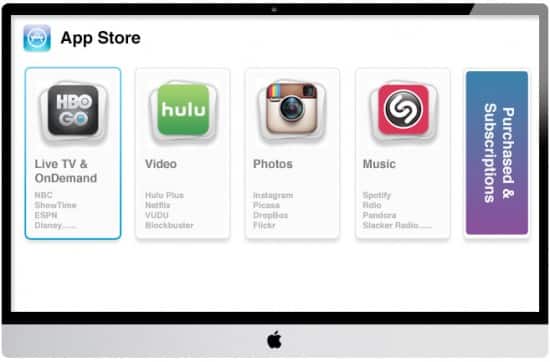 Another popular rumor right now is the one saying that Apple is already prepping for a keynote event sometime in the next month or so at which they’ll unveil apps for Apple TV, and an API for developers to start creating their own apps immediately. This might not seem like a big deal at first glance, but think about it: we’re talking about, for all intents and purposes, iOS apps that you interact with on your television. Either via the tiny Apple TV remote, or with your iPhone or iPad, connected through AirPlay. There could even be a whole new accessory market opened up by this, as Logitech, Zagg, and others scramble to create game controllers compatible with Apple TV that incorporate buttons, thumbsticks, D-pads — and trackpads.

If game developers in particular jump on this asap — and there’s no reason to think they wouldn’t — Apple could have the makings of its very own video game console. Not that they would position it as such; “apps” would be the focus over “games” in all official PR. But the writing’s on the wall. Apple TV is rising in popularity by the day, and startup consoles like Ouya are already proving that there’s a market for mobile apps made playable on television screens.

It’s a no-brainer. It means more money in Apple’s pocket in exchange for minimal internal effort. There’s simply no reason for Apple not to do it. 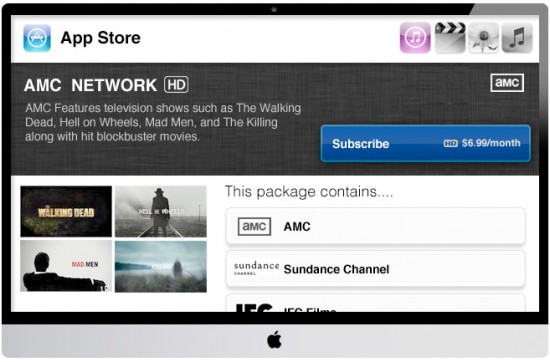 Here’s where things get murkier. Do we know that Apple is interested in creating a smart television set? Absolutely. Before his death, Steve Jobs made it clear in no uncertain terms that he’d figured out how to do a TV and do it right. I’ve already written at great length about how I believe Apple could revolutionize the modern television appliance in one profound way that no one else has the ability or clout to bring into being. While Samsung and Sony and all the other electronics makers keep trying to leapfrog Apple’s innovations by trotting out TVs with ever-higher specs, Apple knows the basic tenet of technology that no other company ever seems to grasp: most customers don’t care about specs. They care about the experience a device gives them.

So. Is Apple creating a television set? Of course they are! And we all know it. The matter at hand is when they’ll introduce it. Maybe they’re waiting on technology to catch up to the experience they want to create. Maybe they’re negotiating license fees and all that junk with content providers. Maybe there are other factors we can’t yet imagine.

Whatever the reason, iTV may or may not be introduced in 2013. It feels like Apple’s waiting on something. But it most certainly exists. 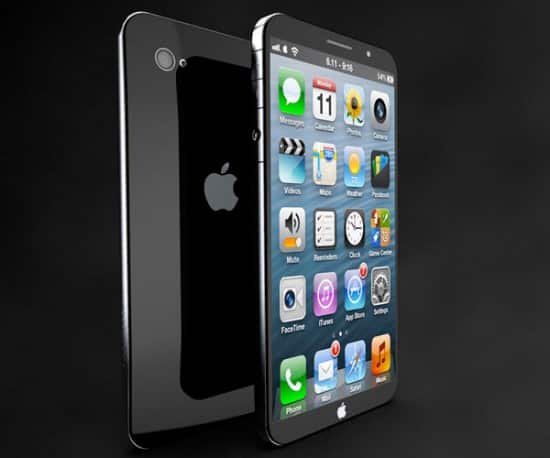 I’m of two minds about this one. On the one hand, Apple’s made a ton of noise about the iPhone 5’s taller-but-not-wider screen, and how intentionally it was designed that way to hold onto Steve Jobs’ long-held tenet that a smartphone must be a device that can be used in one hand. And yet… Samsung, Motorola, and others have made big inroads in the smartphone market by introducing devices with much larger (aka, wider) screens. You can’t use them with a single hand, but customers don’t seem to mind. From the consummate designer’s point of view, bigger may not always be better. But from the user’s point of view, in this case size does seem to matter.

Scuttlebutt wants you to believe that the next iPhone could be a 5″ device, stretching out the width of the screen to more readily compete with Samsung’s Galaxy lineup. The problem is, Apple likes to be known as a trendsetter instead of a follower, although recent history has proven that they do pay attention to market trends and respond accordingly. And there’s no doubt that if they were to release a 5″ iPhone, that thing would sell like nobody’s business.

My feeling is that a wider-screen phone is something Apple would very much like to do. The problem is the iPhone 5. With that tall, narrow, 4″ screen, Apple has painted itself into a corner. Introducing a wider-screened iPhone would raise the ire of iPhone 5 owners who’d feel cheated after buying into Apple’s “nobody wants a phone so wide you have to use it with two hands” rhetoric. On top of that, releasing a bigger iPhone — after the competition has been selling phones of that size for years — would make Apple look like it’s all out of innovation and has taken to copying the ideas of others.

Then again, Apple has one of the best PR departments on the planet, so I’m sure they could put a positive PR spin on it.

Bigger iPhone odds for 2013: 1:3. I’m not convinced it’s happening at all, or that it will arrive this year if so. But if the market for 5″ phones keeps growing, Apple will have no choice but to answer the call.

This rumor says that Apple’s been looking at ways of cutting costs on the iPhone 5, to create a version that’s less high-end and tailored toward the budget-minded consumer. One way they might do this is to scrap the metal case and replace it with a plastic shell, a la the iPhone 3G.

While it’s not beyond the realm of possibility, a plastic iPhone feels like a big leap backwards for a company that’s become known for pushing ever forward. They’ve achieved serious kudos for the gorgeous metal design of the iPhone 5, and they’ve got that whole “liquid metal” patent thing (for scratch-proof, self-healing components) waiting in the wings for future gadgets.

There’s responding to market trends and consumer demands, and then there’s undermining the company’s standards as an innovator and industry leader. The notion of a plastic iPhone feels to me like the latter. I fear a cheapskate, dumbed-down iPhone would dilute the strength of Apple’s brand, which is known for quality above all else.

Cheaper iPhone odds for 2013: 1:6. Anything’s possible, but the only way I see Apple doing an intentionally cheaper iPhone is if they can find a way to do it without hitting the rewind button. That’s just not Apple’s style. A cheaper iPhone that’s made in a smarter, more innovative way, that pushes the standards forward instead of backwards? Maybe. 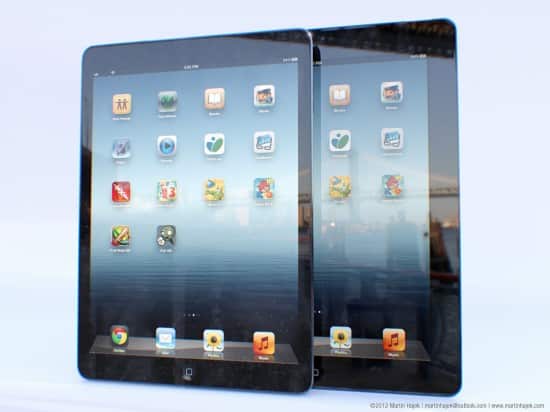 Will future 10″ iPads follow the form factor of the iPad Mini, aka the new hotness? The Mini is selling like gangbusters, and one reason for that is its unreal thinness and miniscule weight. Those narrow side bezels, that gorgeous matt black back, and all that power in so tiny a package? It reminds us why we all fell in love with the iPad in the first place.

Now that this new design has proven crazy popular… Apple would be nuts not to use it for the Mini’s big brother. It just makes sense, and Apple has always done what makes the most sense.