Watch All the Apple Watch Ads in One Go

Apple’s recently concluded “Spring Forward” event has once again gotten reactions from both sides of the fence – from opinion pieces along the lines of “Why I Won’t Buy the Apple Watch” to blow-by-blow reports of the event and more talk about how expensive the Apple Watch is. 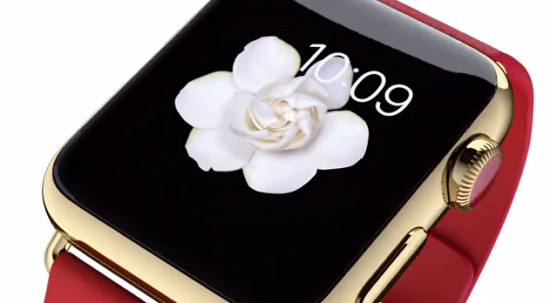 And for those who have updated to iOS 8.2, one can hardly miss that new icon. An icon many people will probably move to their “poop folder” (I didn’t coin this term but saw it on a Reddit thread) – that folder where we all place undeletable Apple apps.

Anyhow, whether you’re buying the Apple Watch or not when it comes out next month, you might want to watch all the Apple Watch ads. There aren’t a lot, but here are the ones I found on Apple’s YouTube channel so you don’t have to have multiple tabs open.

This model is made of a “high-strength alloy of stainless steel that becomes up to 80 percent harder through a specialized cold forging process”.

The famous (or infamous?) golden watch. If you think that making stainless steel 80 percent harder is impressive, how about making standard gold twice as hard?

Seems to me Apple is playing hardball.

An endorsement/ad by Christy Turlington Burns, the founder of non-profit Every Mother Counts and iconic fashion model shares what it was like to run the Kilimanjaro Half Marathon – all the while using the Apple Watch as a training accessory.

5 Things We Now Know About the Apple Watch