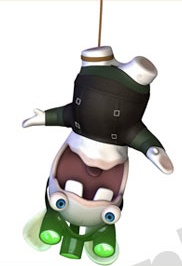 You know – sometimes I see the these rumors and lies posted on Apple sites, and I just can’t take it. For those of you that don’t know, KellyTM of Tiny Code decided to quit developing the jailbroken iPhone app that he/she had been working on, and instead of just saying “I quit” decided it would be better to come up with an elaborate lie about a collaboration with Apple. After it became a “big deal” KellyTM decided to apologize for it, and admit to lying. (Way to go!) I am furious at the little twit and I’m furious at the blogosphere (myself included) for taking their word for anything, and spreading this all over the web.

We had no reason to – its not like these people have a reputation for being upstanding credible sources. In fact, all Tiny Code is known for is software for jailbroken iPhones. That in and of itself is an illegal piece of software on an illegally broken phone – and while I’m not saying people with jailbroken iPhones (or those that develop for them) should be hanged, it certainly doesn’t instill an air of professionalism. Tiny Code is not Adobe, and we shouldn’t have ever taken the information on their site with the same level of trust as we would from a major company.

What hacks me off is that we, the blogging community, let this thing get out of hand. We reported about it like it was fact, and we had no proof. We do that too much. The blogging community wants to be treated as equals to the print magazines and the old media outlets. Those of us that aren’t owned by large corporations have to beg for acceptance at ‘media’ to events, and Apple sites specifically are plagued by all the ridiculous rumors that circulate on slow news days.

We’re better than this…and we need to start acting like it.

Now, don’t misunderstand and think that I’m saying everyone who calls him/her/itself a “journalist” actually is one. I’m talking about the actual hard working, honest, news people that check their facts and sources before they report something that is completely false.

There is no reason we should be embracing these constant streams of false rumors and blatant lies from untrustworthy people. If we ever want to be respected by event holders, major companies, and the general public at the level our old media competitors already enjoy then we HAVE to start acting like professional people, and stop posting things “for the hell of it.”

We have to create some sort of standard before we go live with a story that actually affects people. Did this story get anyone killed? Of course not! Do you think it cause some people inside Apple to have a really crappy day because of possible leaks? You bet it did. All because KellyTM wanted to stop development of the Tiny Code app. Instead of just saying “hey, I don’t want to do this anymore” this idiot decided to make up a story and tell all of us that they were working with Apple and waiting on the iPhone 1.1.4 software update. KellyTM even went so far as to throw in a bit about “seeing us on iTunes”. A very elaborate, thought out, lie, that caused problems for people….but it wouldn’t have happened if the blogging community hadn’t ran with it.

Does that make the blogging community entirely responsible for this? Of course not – but there is a level of blame that needs to be assessed. We have to stop reporting people’s lies as though they are facts. We have to start getting information from reliable sources and old reporting things that we can back up.

Every time something like this happens it makes all of us look bad, and its happening more and more these days.

I think the blogging community owes our readers and apology.

I, for one, am sorry that I helped spread this stupid lie, and it is not a mistake I plan to make in the future.