The App Store is not the “gold mine” some would... 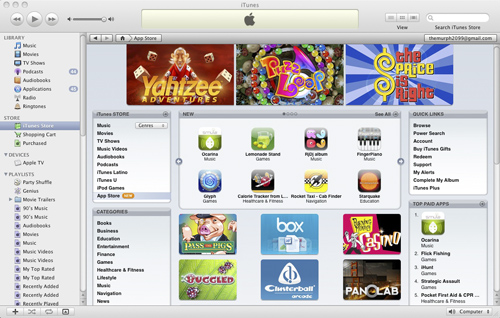 These articles give the impression that all you have to do is cobble together a game of some kind, put it into the App Store, and wait for the money to come pouring in…and that couldn’t be further from the truth.

“Trism” has been a success for a number of reasons…one of which is that it is really well done. Another, is that i was one of the first games in the App Store, and was around at a time when there wasn’t a whole lot of choices in the store. That made the game much more appealing at the time, and helped it stand out.

The “gold rush” days of the App Store are already over, however. You can simply look in the store now and see that the competition is insanely fierce. I hear from developers all the time that are just plain shocked that posting their app in the App Store hasn’t instantly made them thousands of dollars.

The App Store is now so crowded that have to “shout” to be heard. What I mean by that is that you can’t simply post your App and wait for the money to come rolling in. You have to build an amazing App, then promote the hell out of it. Without proper marketing and promotion, your App will very likely go unseen…no matter how great it may be.

That’s not meant to discourage any of you potential developers from jumping on board…just understand that you have more to do that simply creating a great App. This isn’t a “gold rush”…it’s a business…and businesses take marketing, promotion, hard work, and determination to be successful.

You can do it, but to be a success, you’re going to have to work for it.