There is Something Afoot With the Apple TV

by Brian Meyer 8 years ago3 months ago
2 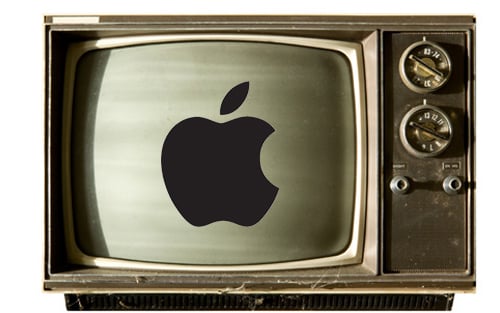 For years Apple TV has been a great product but Apple hasn’t paid it too much attention. The store at Apple.com listed the Apple TV as an item to purchase but unlike the iPhone, iPad, and Mac it wasn’t given its own corner of the site to call its own. It was considered an accessory and not a base model.

In the recent update to its online store however, Apple has placed the Apple TV front and center, giving it its own page with Apple care protection, accessories and quick access to the Community Q&A. Does this mean Apple is prepping for a big change or maybe the set-top box that has been hinted at? Something is definitely afoot with the Apple TV and the question is what is it. 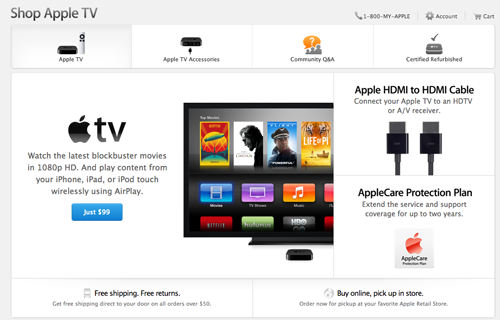 The biggest rumor recently regarding a new Apple TV has definitely been the integration of the Apple TV box into a physical television unit. This rumor has been running pretty rampant for well over two years now, and as it looks, it will continue to be a rumor. There aren’t any good signs that Apple plans to jump into the television market any time soon, but there are some pretty good signs that our favorite hockey puck digital box is destined for a much-needed overhaul.

With the diminutive and simple look of the current Apple TV, it’s unlikely that major physical changes will occur, but a small size increase may be necessary to house additional parts and terminals, especially if Apple was to combine the Apple TV with, say, the Airport Express.

When Apple updated the Airport Express earlier this year it gained an inexplicable resemblance to the current Apple TV, only in white. While looks can be deceiving, it makes sense that Apple could combine the two devices and give the new Apple TV additional capabilities to make it more of a hub in your entertainment center. 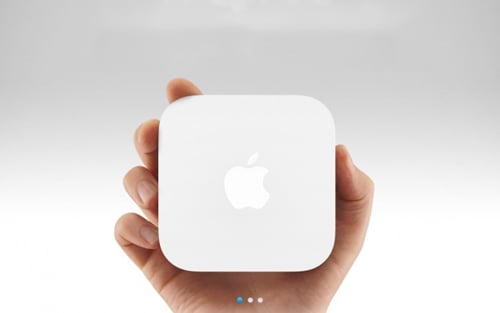 Combining the Apple TV and Airport Express could definitely simplify the setup process, and help to give video a priority when you’re watching it. This would give the Apple TV far more stability while promoting a wired connection to the device. Many users of the Apple TV aren’t sure how to set their device up for either wired or wireless use, making apps like the Remote app for iOS and Airplay not work as they should. Combining the devices would make it so these choices could be automatically made, and we all know that Apple loves simple. I wouldn’t be surprised if Apple sold a new Apple TV at the $99 mark without the built-in router and $150 with it built right in.

One big reason that Apple might want to make connections to the Apple TV better is to finally support apps and games. If Apple is dedicating an entire tab in the online store to Apple TV, it’s not too far-fetched of an idea that apps and games are coming. These are a natural money maker for Apple, so giving users the ability to buy apps and games on the Apple TV seems like something that will eventually happen. 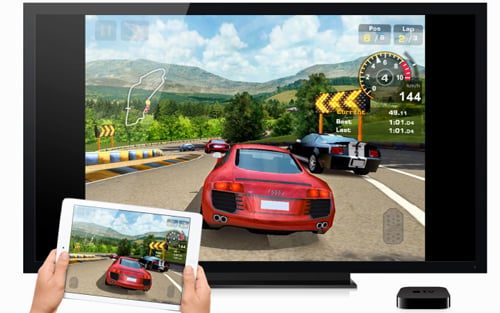 A sign of things to come in regard to apps is the increased number of content-maker channels Apple is currently offering. From Netflix to Hulu to Apple TV to Cruchyroll, more and more content companies are getting on board. While it’s nice to get these apps as random updates from Apple, it would be nice to be able to pick and choose which apps we want and which ones we don’t. This could be a test run to see if users really like the other channels, giving Apple an idea what to build and what to allow third parties to make with an SDK.

There have been reports of Apple gearing up to make the Apple TV a sort of pseudo-gaming console, using existing iPhones, iPads, and iPod Touches as controllers. Currently the Apple TV can be used for gaming by using Airplay and streaming the game from an iOS device or Mac over to the television. While this is nice, it’s not ideal.

Add to this the lack of extreme processing power the current Apple TV has, and an update for gaming is easy to see. With the iPhone 5S’s A7 chip, the Apple TV could go 64-bit and easily run the new super high-def 4K resolution televisions coming out. Speaking of gaming, using an iPhone is fine for simple gaming, but to get into a game the right way, a real controller is a perfect fit.

Recently Apple has been allowing “Made For iOS” (MFi) game controllers, currently for the iPhone and iPod touch. These controllers are a great idea but the large price associated with them puts the controllers a little out of the reach of the casual gamer. If these were to be streamlined and used via Wi-Fi on the new Apple TV, the idea of it being a gaming console becomes more of a reality. 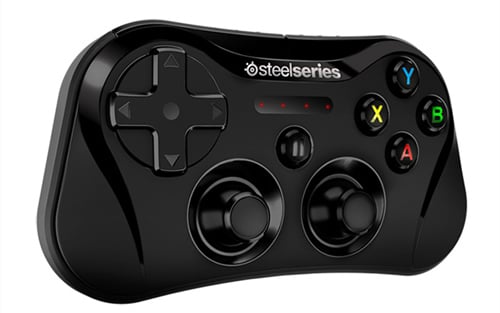 Instead of focusing on a major gaming platform like the Xbox One or PlayStation 4, Apple could aim towards its current audience of casual gamers and get some pretty great games out there. All that’s missing is a solid controller.

While this seems less possible than some of the other rumors, Apple could include a digital TV tuner with a new Apple TV to make the need for a cable box obsolete. Integrating the TV tuner into the Apple TV seems like a great idea but I doubt it will happen.

First, Apple is definitely aiming itself towards the cut-the-cord crowd; so adding the ability to keep the cord doesn’t make a lot of sense. Second, Not everyone has cable. A lot of people have satellite, so Apple wouldn’t want to discourage these people from buying the Apple TV, and some potential buyers may be confused and assume it only works with cable. For most of us this seems silly, but as someone that has worked in television and home entertainment sales in the past, I can assure you that you have to always have to design for the…simpler… customers. 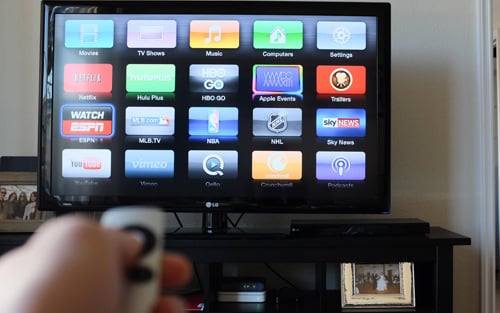 It seems that Apple TV has graduated from a hobby at Apple to a product line. I doubt Apple would give it this prominence without having some big plans for it. Maybe those plans are just a huge software update that adds gaming and other peripherals in, and maybe it’s a completely redesigned Apple TV.

Whatever the case, Apple has thought highly of the television space ever since Steve Jobs set his mind to it. Apple seems to be carrying this torch for Jobs and if they do it correctly, it could be a huge win for everyone.