Is Sapphire Really the Best Choice for the iPhone 6...

by Brian Meyer 8 years ago2 months ago
5 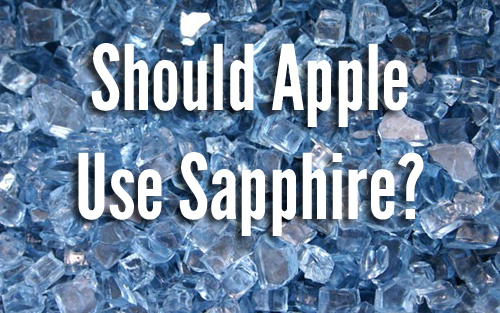 The rumor mill that’s been sending out fresh iPhone 6 guesses has been going at full speed lately. The biggest rumor seems to be centered around what material Apple will use for the screen of the future. If the gossip is to be believed we have a shiny sapphire screen to look forward to, but is that really a feasible option and above this, is it even the best choice for the iPhone 6 screen?

So What is Sapphire?

Sapphire is a gemstone made from aluminum oxide. Trace amounts of iron and other minerals give sapphire it’s striking color, making it a perfect choice for jewelry.

It might be hard to understand how a gemstone can become the screen for your next iPhone, but what you have to understand is that sapphire on your iPhone is pretty different from the sapphire in a ring or pendant. Many gemstones today can be manufactured as well as found in nature, which allows for very specific thickness and clarity to be given to the material in preparation for life as an iPhone screen.

Gemstones are generally measured on Moh’s scale of mineral hardness that ranges from 1-10 with 1 being the weakest and 10 being the strongest. For reference a diamond is a 10 and sapphire, being an offshoot of corundum, is a 9.

SEE ALSO: How Strong is Sapphire? 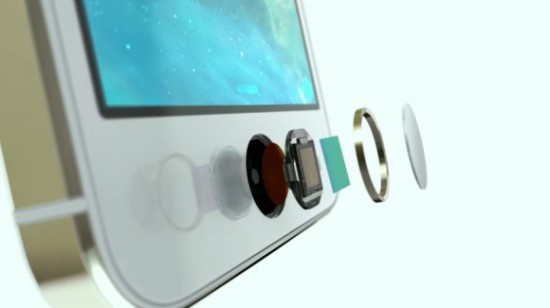 The biggest complaint about smartphones in general next to battery life is scratched and cracked screens. Corning’s current Gorilla Glass is great, but when put through the paces of our daily lives, it can fail with a good drop or with some time spent in a pocket or purse with car keys.

Sapphire is far more impact and scratch resistant, making it a pretty obvious choice for a screen that needs to stand up to the daily abuse that our phones do. Currently sapphire is most commonly used in the crystals of high-end watches like Tag Heuer, but currently Apple uses sapphire in the touch sensor on the iPhone 5S and the cameras in the 5, 5S, and 5C.

As we mentioned above, sapphire is a 9 on the Moh’s hardness scale, meaning that only diamond can scratch it. This alone makes sapphire a great choice for something that gets scratched and dropped so often, but there are still some downsides.

The biggest issue with sapphire is the cost. The current methods to produce sapphire put it at about ten times the cost of Gorilla Glass. For a company that made the iPhone 5C to save money, this doesn’t seem like a feasible choice.

Next to cost there are some issues with clarity and weight. Sapphire currently weights more than glass and while the difference isn’t huge, every ounce counts. As for clarity, sapphire tends to be darker, letting less light through. This was supposedly the issue with the sapphire lens on the iPhone 5, 5S, and 5C when it was darkening pictures and adding a touch of purple to them.

The last big issue has to do with the production of the sapphire itself. Glass is produced in an endless loop of creation, with most plants rarely if ever shuttering the production line. This means that issues can be seen and fixed easily and quickly. If there’s an issue with a batch of sapphire, it’s all a waste. Sapphire also takes far more energy to create, bringing eco-friendly practices into question, too.

SEE ALSO: What We Know About the iPhone 6 So Far

What is the Alternative?

Basically Gorilla Glass is regular glass that’s chemically treated and strengthened via a compression layer that covers the surface of the glass. The tests that Gorilla Glass can withstand are pretty amazing to say the least, so why isn’t anyone talking about this material in the next iPhone? 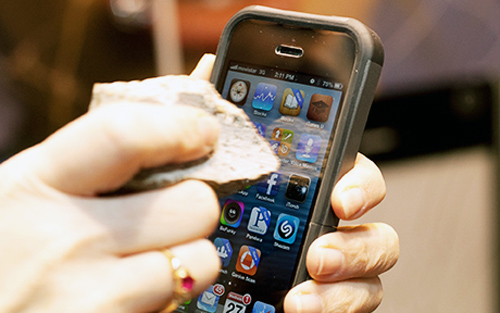 Technically yes. The next iPhone could have a sapphire screen. Apple recently purchased a plant in Arizona that produces sapphire so there’s a good chance they’d have enough of the material to build a new iPhone, with a catch.

The inherent issues with sapphire are price and darkness. If Apple were to use a thin layer of sapphire over a standard glass screen, it could be the best of both worlds. The surface of the iPhone would be insanely strong while the sapphire would be thin enough to not interfere with brightness.

There are companies that produce screen protectors made from sapphire currently, but they are somewhat expensive and one thing Apple has stuck with is the iPhone pricing, meaning that a price increase is not likely.

Would a sapphire screen on the iPhone 6 work? Possibly, but with the current downsides to sapphire it’s not likely. Apple needs to focus on profit and innovation and sapphire in an iPhone screen wouldn’t fit either.

Most likely Apple is planning on using this sapphire for a new project like the iWatch, which would make far more sense. The rumor mill is in full swing and until we see the iWatch or iPhone 6, it’s all up for debate and speculation. Is sapphire really the best choice for the iPhone 6? All signs point to no.