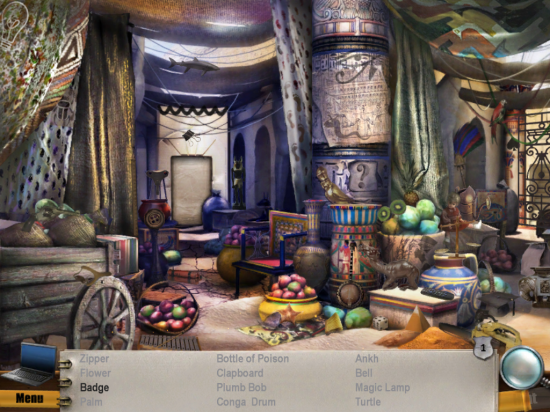 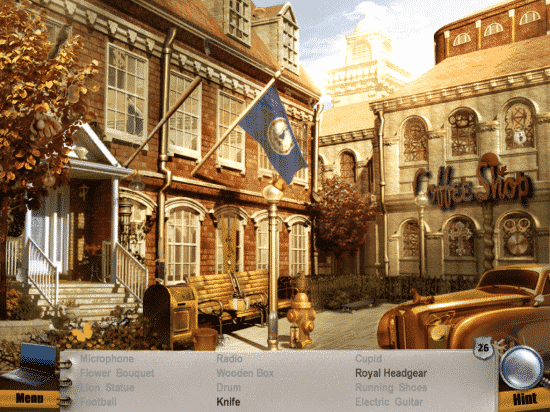 Yes, there are scavenger hunts galore, and they’re among the toughest ones you’ll ever play. But the game has a number of clever additions that give a real sense of purpose to all that scavenging. Every round begins with a murder and the location it took place in, and your objective is to deduce the killer’s identity and the weapon they used (with another tip of the hat to Clue). There are sixteen characters that star in every case; one of them is the murder victim and another is the killer. There are also sixteen weapons that could have been used by the killer. Suspects abound in between, and your job is to scour the crime scene, the suspects’ lairs, and the victim’s home to solve the case. 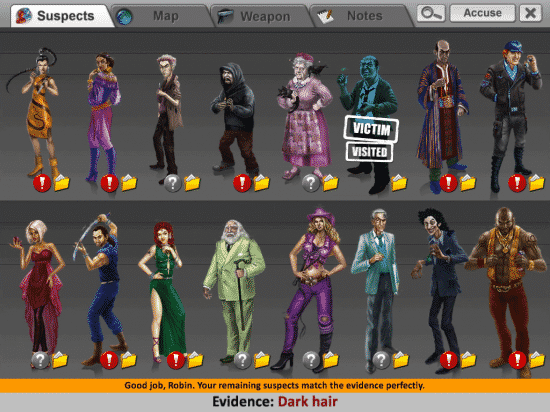 The suspects have mix-and-match characteristics, such as short, medium, or tall build, age bracket, and hair color. Matching evidence found at the scene of the crime and other hotspots around the globe via those scavenger hunts, with the traits of the sixteen suspects and weapons, you whittle them down little by little until you’re ready to make your formal accusation. Sometimes this includes matching microscopic evidence like hair follicles and dirt samples to stuff found at the crime scene. When you’re ready to accuse, you assemble your data and send it via fax (how quaint). A reply fax tells you if you got it right. 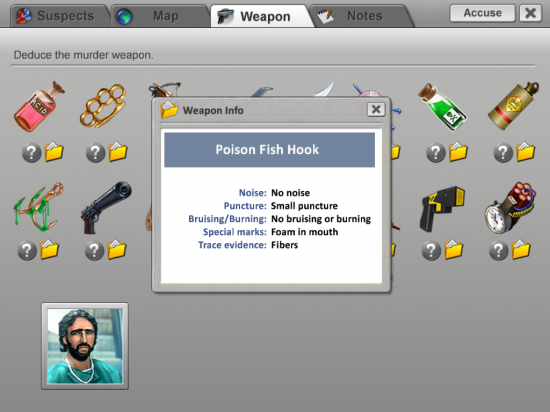 MumboJumbo boasts that the game has no ending, with more than 4,000 possible combinations between the various bits of evidence. So there must be some sort of algorithm that automatically assembles the various pieces into a murder mystery narrative. It does a very good job, because every round feels like it was put together by a crack team of game designers. 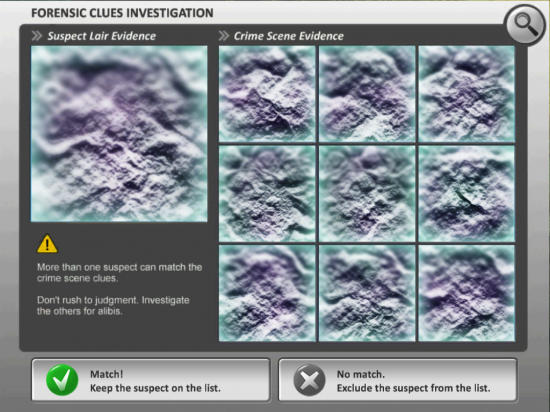 The game functions extremely well, even on the first generation iPad. Load times are nearly nonexistent, and all of the controls are intuitive and responsive. My only gripe is with the difficulty level of those scavenger hunts. Many of the objects are easy enough to spot, but others blend in with the environment too well — to the point that they’re effectively invisible. It doesn’t help that there’s no option to zoom in. Fortunately, the game’s developers were smart enough to include a hint system, and trust me, you’ll need it. 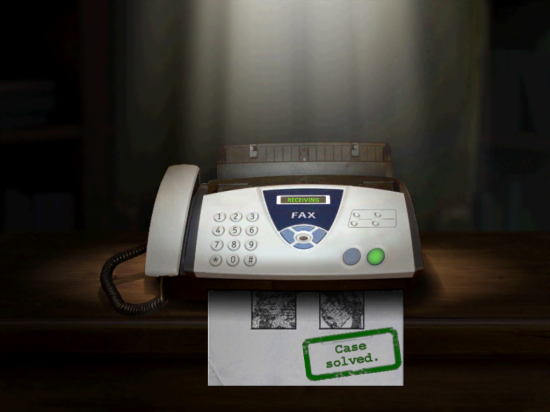 That one caveat aside, Unlikely Suspects is a thoroughly well-made game, and after playing through several rounds, I’m still ready for more. MumboJumbo put the game at a rather high price point — $9.99 — but its endless replay value and genuine sense of fun justify it. (At the time of this writing, the game is currently available at the ultra-low discount of 90% off — just $.99.) 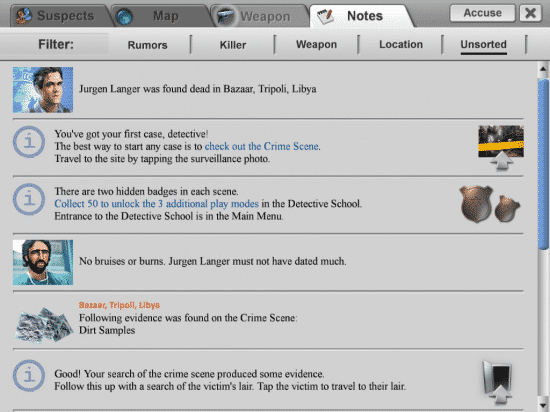