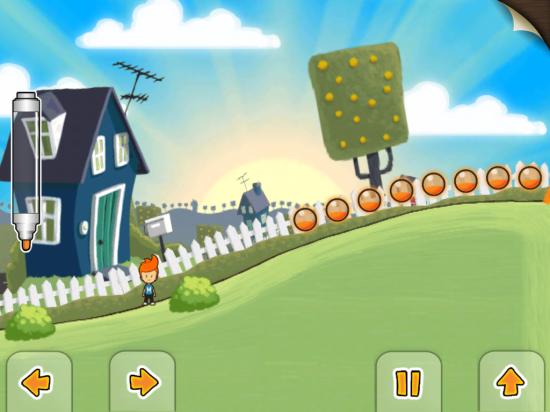 Max & the Magic Marker has gotten a lot of hype and a lot of love over the last few months, so I decided it was time to give the game its official AppleGazette review. After playing through the game, here’s what I thought of it.

A truly “magic” marker is dropped through the mail slot at young Max’s house one day, and Max quickly finds that whatever he draws with the marker instantly comes to life. So he does what any little boy would do: he draws a monster. When the monster comes to life in his drawing, he draws himself into the drawing as well, and sets off through this hand-drawn world to find and defeat the monster. 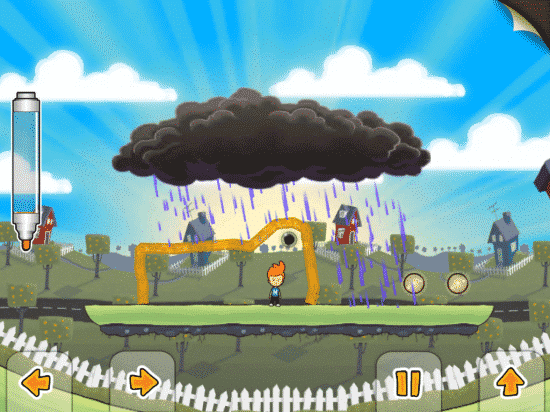 So the story’s not new. What child hasn’t dreamed about their doodles magically springing to life? In that way, Max & the Magic Marker is a clever wish-fulfillment fantasy for every child who’s ever picked up something to draw with. And the deeper you descend into Max’s world, the more powerful that orange marker becomes.

The game has you guide Max through 58 smallish levels, each one presenting a unique challenge that you and your marker must overcome. Max’s movements are guided by the ever-despised virtual buttons (though they work better here than in other games I’ve played, and an update just released today lets you customize their placement), and he traverses through the world by running and jumping, side-scroller style. Much like in Super Mario Bros., there are floating platforms all over the place, and your task is to find your way through these levels while collecting balls of ink. Need to get to a platform that’s too high to jump to? Just draw a ramp or some stairs. Need to get across a chasm? Draw yourself a bridge. 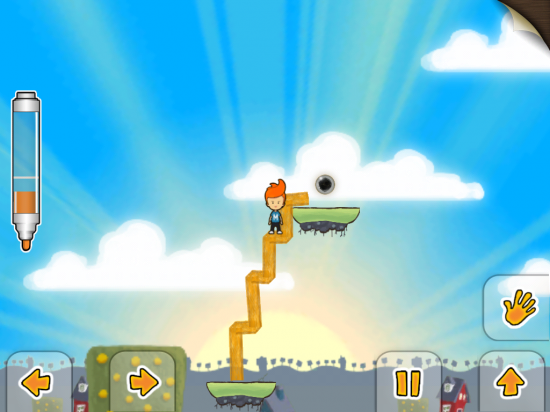 The marker is your most valuable asset, and filling it with ink is the only way you can use it. The levels are carefully crafted to ensure that not one drop of ink goes to waste; you’ll often find that every bit of ink you have is required in order to solve a level’s puzzles. The puzzles are always thoughtful and inventive, yet ultimately solvable if you apply enough creative thinking. The line-drawing objects you create in Max’s world are subject to the laws of physics, so you can’t simply draw a floating platform for Max to jump up to. Yet gravity is often your friend, as Max can use it to drop drawn objects to squash his enemies. 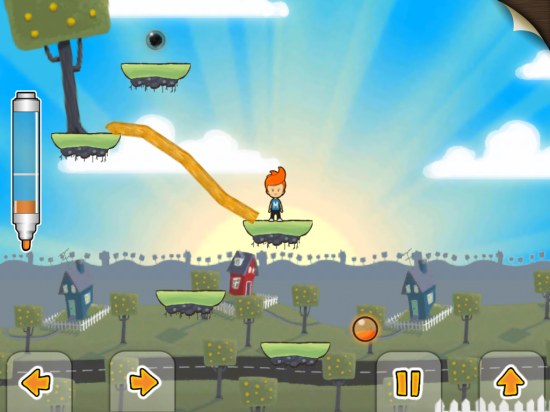 Water must always be avoided, and the game has plenty of it, in the form of lakes, rainstorms, and more. (Since Max’s world is entirely made of paper and ink, water of course destroys it.) Fortunately, the marker’s ink isn’t the permanent variety; you can reabsorb your used ink anytime by double-tapping a drawing or just tapping once on your marker to regain it all. You gain points at the end of each level if you beat the standard time, and if you find all of the level’s collectible spheres. 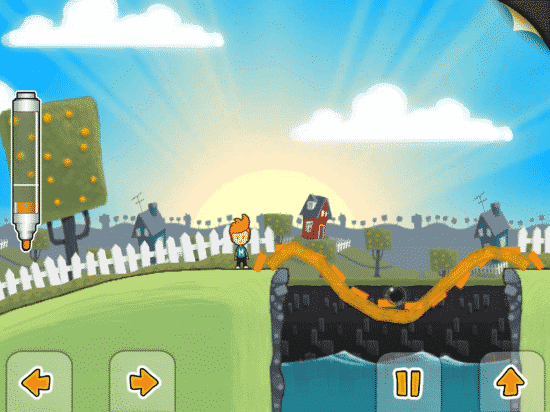 Max & the Magic Marker is a fantastic game that works just beautifully on the iPad. So well that you might not know it was originally released as a “WiiWare” title for Nintendo’s Wii console. It’s since appeared on Macs, PCs, Windows Phone 7, and iPhone. But I’d argue that the iPad is its best home, because the large touchscreen is suited perfectly to the game’s unique control structure.

It’s not without its bugs — the game crashed on me more than once. But it’s still one of the best games ever made for iPad. It’s not to be missed.