by Brian Meyer 8 years ago2 months ago 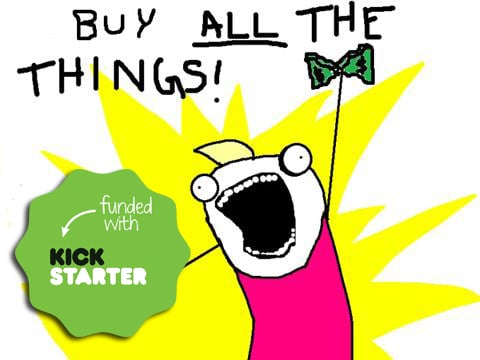 In 2013 over three million people pledged $480 million to back Kickstarter projects. This means that $913 was pledged on the crowdsourcing site every minute of 2013. Out of all of this, close to 20,000 projects were fully funded and launched, making it a pretty big year for Kickstarter.

The problem is, what if you want to buy some of those fully funded products? Finding fully funded Kickstarter programs to buy their finished products hasn’t been the easiest thing in the world, until now. 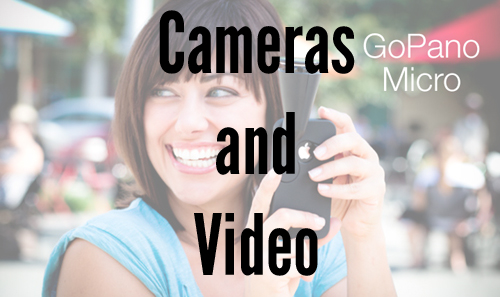 Funding a project on Kickstarter is all nice and great, but quite often you have to wait weeks if not months for the project to end and sometimes the project doesn’t even get funded, leaving you high and dry. There are so many great indie designers and creators out there that deserve some attention for the products they’ve funded using Kickstarter. This is why we launched the Apple Gazette Kickstarter Store, to get those indie creators the attention they deserve.

Since all the projects on the Apple Gazette Kickstarter Store are fully funded and shipping, there’s no need to worry about a project falling through or not being fully funded. Just click and buy. There’s more here than meets the eye, so let’s check out the store. 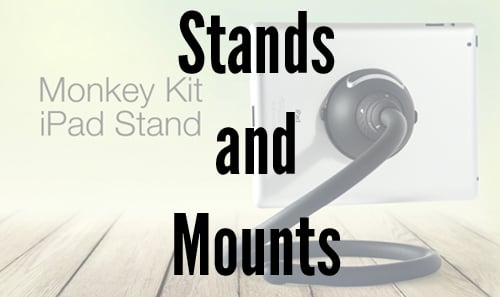 For those of us that are all-in when it comes to our Apple products, the Kickstarter store will definitely put a hurting on your wallet. Just like Apple Gazette, the Kickstarter Store is all Apple, all the time.

Technically speaking, the Apple Gazette Kickstarter Store isn’t really a store at all, but instead it’s more like a search engine that lists fully funded projects from Kickstarter that are all about Apple. There are products like the Zombies, Run! app for iOS that turns running into a game where you have to avoid zombies while following a detailed story line, as well as the WakaWaka solar charger. From apps to iPad and iPhone cases, to a wooden keyboard replacement for your MacBook Pro; the AG Kickstarter Store has it all.

Each category has a Hot Right Now section that’s constantly changing based on user reviews and activity, as well as the featured product that’s updated every week. Add to that the Editor’s Pick and you’ve got an even narrower view of the best Kickstarter has to offer for Apple. 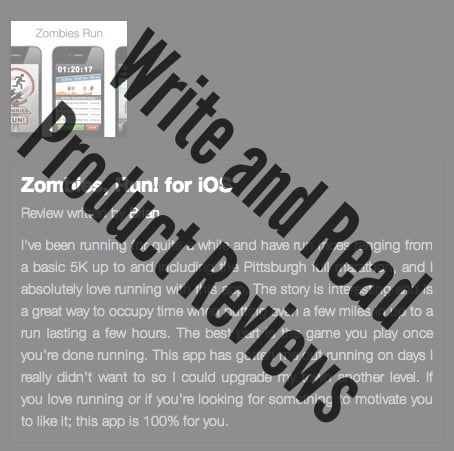 Speaking of user reviews, one of the reasons people love Amazon.com is the customer reviews. From funny to extremely useful, user reviews can help you decide if something is worth your money or is just junk. Because of this, the AG Kickstarter Store has user-generated reviews available for every product listed in the store. As users purchase these items, they can come back to the store and join in the community by giving an honest review of the product. If a product doesn’t have a review listed yet that just means nobody has come back to talk about it, which is usually a good thing!

Since none of the items listed are actually sold by Apple Gazette, you can expect true, honest reviews to be listed and kept up. Just like Amazon, AG wants you to make the best decision possible, and there’s no better way than hearing from your peers about how good or terrible a product really is. 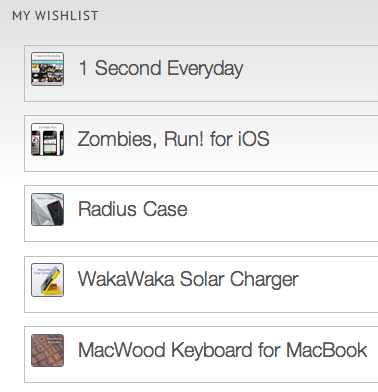 The AG Kickstarter Store has a Wishlist feature that give you the ability to build your own list of Kickstarter products you really love. You can use it as a waiting list for when you have some free money, or make yours a watch list, waiting for some user reviews to come in before you buy. The Wishlist can help you remember products for later without having to bookmark them.

Both reviews and the Wishlist are tied to accounts, which are pretty easy to make. 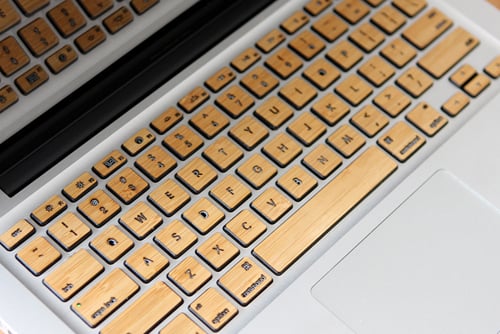 We’ve tried to make the Kickstarter Store more about community than just buying stuff, which is why reviews and the Wishlist exist. To use both features you just have to sign up for a new account and you’ll be ready to go.

Blindly buying products isn’t altogether that fun, so join in the community and see what others have to say about the products you love.

Kickstarter made it easy to get just about any product you can imagine funded. Apple Gazette is following suit and making it even easier for you to find those products and make them your own.

AG filtered through the mountain of silly projects and everything else not relating to Apple products and listed them for you to check out and buy. If you’re the kind of person that needs to have the newest thing out there, but you hate waiting for funding to end, or not getting the product at all, the Apple Gazette Kickstarter Store is for you.

So what’re you waiting for? Go check out the AG Kickstarter Store now and spend some of that hard-earned money on some amazing products.