by Brian Meyer 8 years ago5 months ago
1 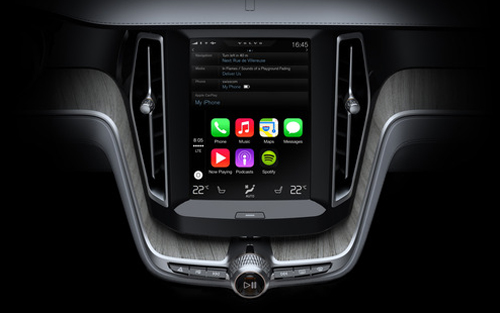 Early Monday morning Apple announced CarPlay; a new way to use your iPhone and car to listen to music, talk on the phone, receive text messages, and get turn-by-turn directions via Apple Maps. This giant step from Apple seems to be a great new way to use iOS 7 and your car, but does CarPlay really matter?

CarPlay is Apple’s attempt to bring iOS into the car safely. By integrating iOS with in-dash video screens, Apple is hoping to make the iPhone an integral part of in-car multimedia while allowing the driver to keep his or her hands on the wheel thanks to Siri.

All the basic apps like text messaging, phone, music, and maps are available by either speaking to Siri or tapping on the infotainment system’s touchscreen. CarPlay is being launched in cars from Ferrari, Mercedes-Benz, and Volvo with the likes of BMW, Mitsubishi, Ford, GM, and most of the other major players to follow.

While this does sound like a pretty amazing idea if done correctly, the question is does it matter?

The first major issue is that not all apps will work with CarPlay. While this is fine for keeping people from playing Flappy Bird while they’re driving, what it means is that Apple gets to choose which “safe” apps get through. Currently this means that you can listen to Spotify and iTunes Radio, but not Pandora. You can ret text messages and respond to them, but you can’t use 3rd party texting or messaging in Facebook or Twitter. CarPlay can easily turn into a tightly controlled piece of iOS, which would hurt its growth substantially. 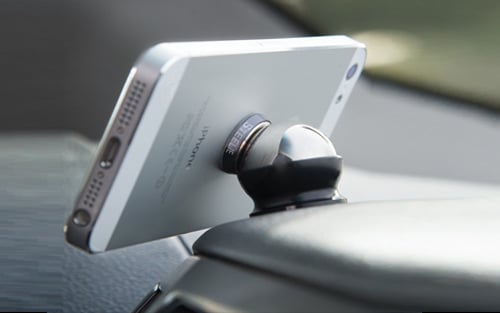 The second major issue is the cost. Currently a video infotainment system is required for CarPlay to work. These systems are not cheap, which adds to the cost of using your smartphone in the car. With a purported larger iPhone in the works, one has to wonder why you couldn’t get a custom mount for your dash and run the iPhone’s audio into your radio. Now the only thing you’re lacking is the steering wheel controls, but you have all the same functionality for a fraction of the cost.

The last major issue I see is with the aftermarket world. While newer cars are having their radios replaced on a much smaller scale than ever before, to be accepted on a large-scale people who already have a car they want to use their iPhones in will need a way to use CarPlay.

So, Does it Matter?

With all the buzz about CarPlay after the press release from Apple, it seems like CarPlay will be the next big thing for iOS, but once you look at the issues with it, CarPlay will at best be a small selling point for an upgraded audio system in new cars. With heavy-handed control from Apple and currently a new car needed to even work, it’s not looking like CarPlay will end up being a big deal at all. 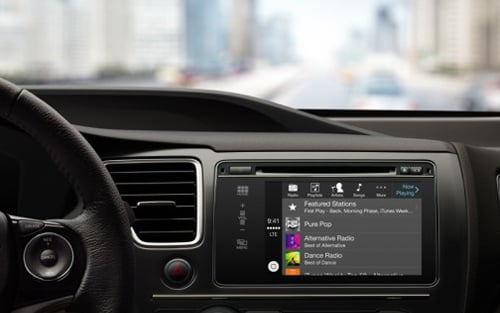 Releasing CarPlay in the high-end cars that are available at launch shows that Apple is going for bragging rights over actual functionality. They want to show the iPhone is still a luxury device and not something that teenagers use to SnapChat with.

SEE ALSO: If Apple Made an iCar

Many radios today accept Bluetooth audio, and there are a bevy of custom mounts for just about every car out there. These would give more functionality than CarPlay ever could, and with a new iPhone on the way, CarPlay just doesn’t seem as big a thing as it’s being made out to be.

So does CarPlay really matter? Signs are pointing to no.