The guys at Apple may not be the first ones to come to mind when sports comes up, but it doesn’t mean they can’t create stuff that appeals to sports buffs. And that’s exactly what they have done with their partnership with Adidas, which of course is one of the biggest names in sports. 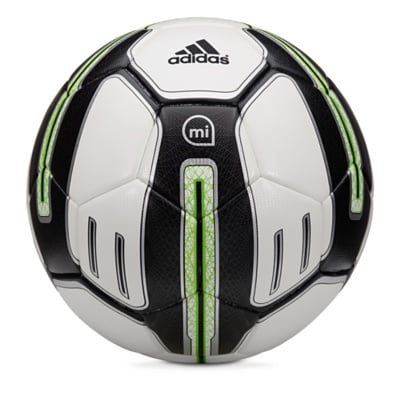 While we are already at the height of the World Cup fever, even before the tournament started, Apple and Adidas launched a SMART BALL called miCoach. Yup, there is a “smart” everything these days.

What exactly does the miCoach do?

The miCoach is smart in many ways, including giving the player feedback on:

So, if you like training on your own without having a coach screaming at you all the time, the miCoach can be a great buy.

Naturally, it pairs with your iPhone via Bluetooth, with a SMART BALL app. Some say you can actually improve your game with the miCoach package.

Watch the miCoach in action.

If you prefer playing games on your iOS device: