When people get onto a heated debate about what platform is better — Android vs iOS, I always chime in and tell them that the one thing the iPhone and iPad have is a great selection of board games converted into iOS. It’s taking devs forever to port their games to Android and this is the sole reason why I still prefer iOS for my tablet. It’s a great gaming platform for popular board games. Here are a couple of my favorites: 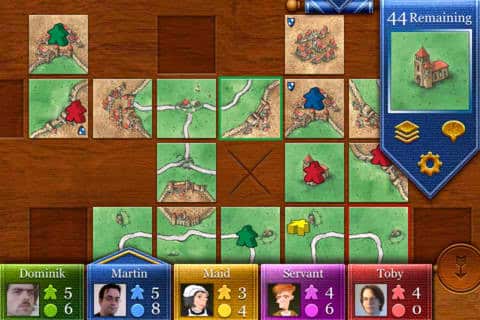 Carcassone is considered the classic Euro themed game that gamers play to wean non-gamers into the flock. The game is relatively simple: you compete with other players to assemble and connect different types of structures to earn points. The game allows for up to 9 players including playing against the AI of various difficulty. It also includes support for online play + pass and play. The core game costs USD $9.99 and is well worth it compared to the physical board game price of about USD $ 39.99 or more. You also have the option of two expansion as in-app purchases. 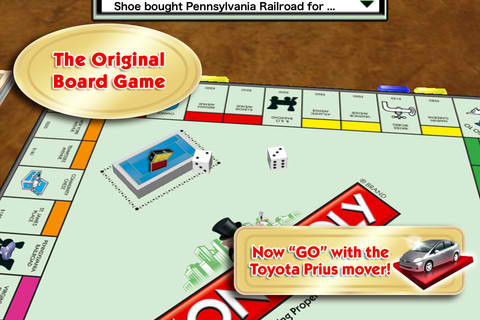 OK a classic game of Monopoly brings us back to the 80’s. It’s quite fun to introduce this game to the new generation, especially on the iPad. You can pick this up for 0.99 cents — for either the Classic Edition aka “Monopoly” or the “Here and Now Edition” which is basically a spruced up “skinned” version with renamed locations. I honestly prefer the classic. You can’t go wrong with Monopoly. 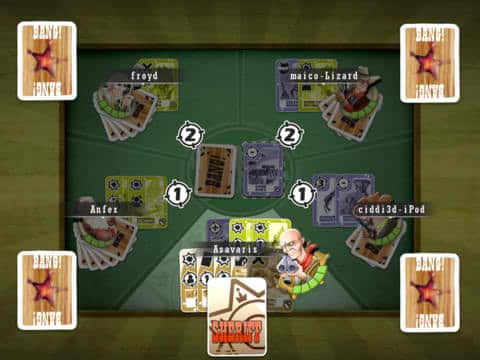 This is the second update for Bang! The Bullet (renamed as Bang! The Official Video Game) for iOS. It used to cost USD $4.99 but the price is now at a more attractive 0.99 cents. We previously made a thorough review of the game when it was updated last year. 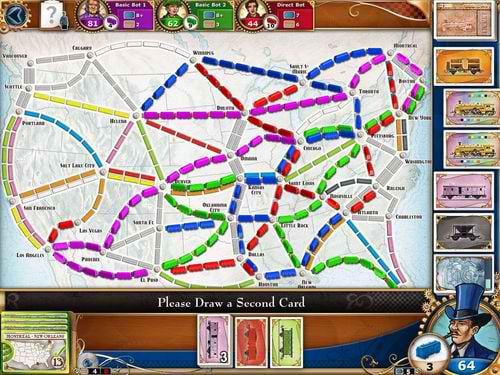 Ticket to Ride is again one of those family-friendly board games that has the potential to amount to tons of fun in the living room. Now, instead of setting the whole game up on the floor, why not just play on your iPad or iPhone? The game is very easy to learn. You can spend 5 minutes on the core rules and get going with your friends. Although the game isn’t a universal release, you can download both versions (priced differently) and play via WiFi / Bluetooth. 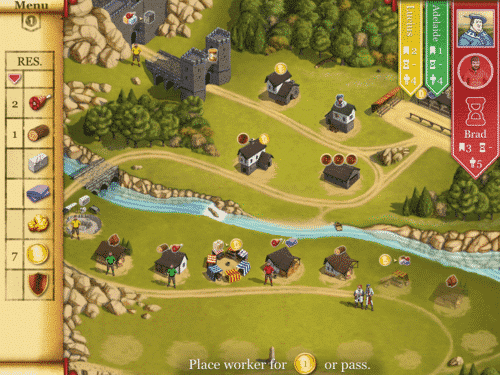 Stunning graphics and beautiful implementation. This is one of the most respected board games and for $4.99?, you definitely can’t go wrong. Gameplay mechanics include huge strategy elements as you try to earn points by building things for your king. 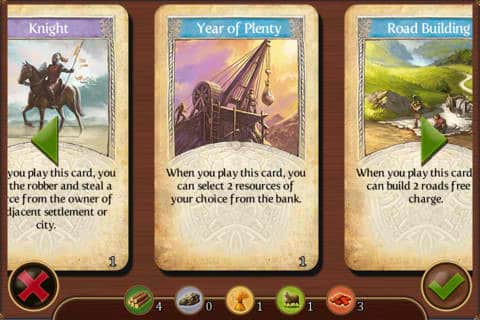 Who doesn’t love Catan? Well, unless you can’t bear the fact that this game can take forever, you can always take it with you if you really need to go. The franchise is pretty solid and lives up to its cardboard roots allowing you to purchase expansions and even choose between card art sets. The game also comes with multiplayer and the option for AI controlled opponents. 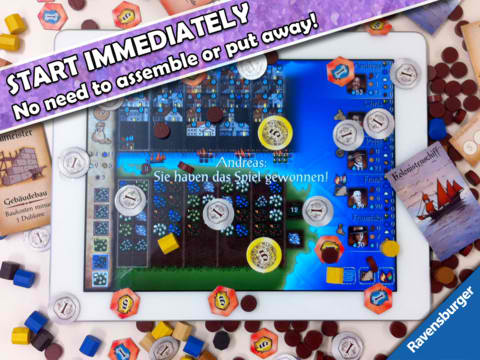 Definitely another classic, Puerto Rico HD (there are versions for both the iPad and iPhone) brings you back to the days of colonization and exploration. In Puerto Rico, you choose a role and from there gain certain perks to vanquish your enemies through trade, battle or depending on what your personality dictates. You can play with friends or up to three other AI opponents. If you’ve never played this before, the game comes with a built in tutorial

Ascension: Chronicle of the Godslayer 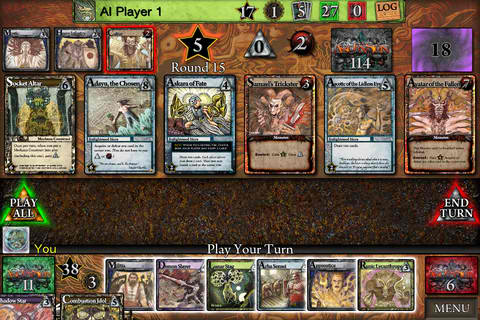 Ascension was designed by Justin Gary, one of the pro Magic the Gathering players (check out our interview with him). Ascension stands pretty solid in the deck building genre and is definitely a must have considering it is quite affordable. Last month, the Return of the Fallen Expansion was released for USD 2.99.