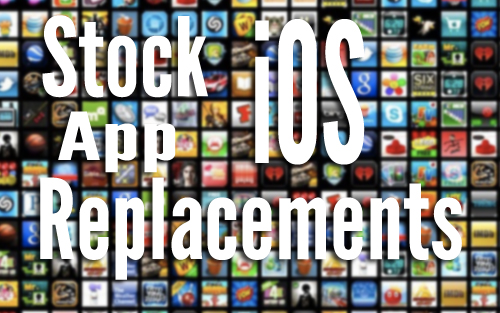 The iPhone comes with some pretty great apps, but sometimes while the idea is great, the execution leaves something to be said. You don’t have to put up with stock apps on your iPhone or iPad, though. There are hundreds of apps out there that do the job of your stock apps, only better.

Check out this list of replacements for stock iOS apps and see if you can’t get more out of your apps. While all of the apps listed below might not be ones that come on your new phone, they are the most commonly associated apps for each service. 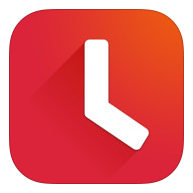 The alarm clock built into iOS has seen few improvements since the initial inclusion of the clock in the original iPhone, yet with most iPhone owners using their phones as an alarm clock every day, some improvements are definitely necessary.

The Rise Alarm Clock will run you $1.99, but for this price you get substantially more than the stock app. Instead of waking up to a buzzing sound you can set a slowly rising melody, the sound of the woods, or even your favorite song. They all get the same slowly increasing treatment. Along with the alarm aspect, the clock is larger and easier to read, too. You can even use Rise to fall asleep with a sleep timer for your music. 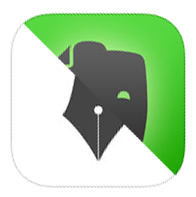 The notes app in iOS is far from being truly useful. While it does sync between your Mac and iOS device, it has few features and the text display is abysmal and don’t even think of using markup or a proper search.

There are two great replacements here, each with their own positives and negatives. First we have Write. Write is great for quick notes that you don’t care to save for the long term, but still need quality note taking in the here and now. Every time you open Write you get a new blank note. This makes it perfect for proper note taking on the go. Write will cost you $1.99

The next replacement for Notes is the crowd favorite Evernote. Evernote is perfect for long-term notes as well as quick to-do lists and is insanely searchable and syncable. Evernote would be the hands-down winner here if it were easier to use and get to fresh notes. Evernote is free for how most people use it, but you can sign up for premium and get some better features. 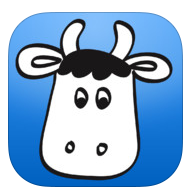 The only good thing about reminders in iOS is that you can use Siri to set them for you. If you’re using quick reminders here and there, this is fine but if you’re serious about to-do lists then you need Remember The Milk on your phone now.

Remember The Milk starts off as a free service, and that free service will work just fine for most people. If you require more syncing across devices then it’ll be $25 per year.

Remember The Milk allows you to use priorities, due dates, time estimates, repeating, and just about anything else you could use for a to-do list. You can search completed tasks with ease and best of all, you can even get daily email itineraries of the work you have to do that day. 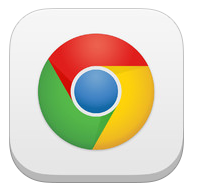 With iOS 7 Apple gave Safari a major overhaul that focused on the syncing of information between safari browsers in iOS and OS X. While this was a big step forward, Google Chrome already does a pretty great job at this.

With Chrome, which is 100% free, you get a pretty awesome browser to start with before even looking at other features. Those other features include open tab syncing, username and password sync, and a history sync that allows you access the history from each device both separately and together. All this works via your Google ID. 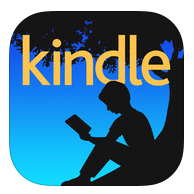 iBooks recently received an overhaul and with OS X Mavericks it’s even available on the Mac, too. Apple’s book purchasing and reading app is ok, but with no devices available that use e-ink technology, reading on the iPad, iPhone, or Mac can sometimes be difficult. Pair with this a smaller listing of books than Amazon and iBooks gets a very “meh” rating.

This is why Amazon’s Kindle app for iOS is great. Amazon has worked very hard to build a platform for buying and reading books as well as building solid readers like the PaperWhite. With this you also get great syncing capabilities not only between the Mac, iOS devices, and your Kindle, but you even get syncing to audiobooks with WhisperSync. You can read in the Kindle app and pick up where you left off in the Audible app for audiobooks.

The Kindle app is free and uses your Amazon login information to access your library. The only down side is that all purchases must be done via a web browser thanks to rules put in place by Apple. 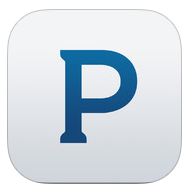 iOS 7 brought a lot of goodies with it. While many mocked the new look and feel of the mobile operating system, some features were widely welcomed. iTunes Radio allows listeners to create radio stations based of of artists or genres and to listen to that music for free with ad support. If you pony up the money for iTunes Match you can ditch the commercials but once you listen for a while you’ll probably be less impressed than you were originally.

With a somewhat limited catalog and an inferior matching algorithm, iTunes Radio is bested by Pandora. Unless you’ve lived under a rock you’ve probably at least heard of Pandora and if you have, you probably love it. Pandora is the gold standard for Internet radio which is why it’s an easy choice to replace iTunes Radio.

Pandora Radio is free with commercials and $5 per month without. 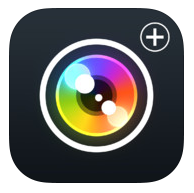 The great thing about the stock camera in iOS is the ease at which you can get to it. With a swipe of the finger from the lock screen you’re in the app ready to snap a picture. With more and more pictures being taken on mobile devices however, you need more than speed to make a great camera.

Camera+ may take an extra tap and swipe to enter, but with it you get an entirely new world of options for your photos. iOS camera gives you a few artsy filters for your photos but Camera+ gives you filters and enhancements to not only make your photos look old or weird, but actually look better.

Adjust focus and exposure easily and independent of one another while relying on the stabilizer to take shakeycam-free pictures. Camera+ is just about the most perfect camera app out there. Camera+ will cost you $1.99. 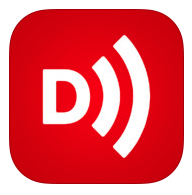 For a company that basically has the Podcast named after them, Apple does a terrible job at making a Podcast app. The stock Podcast app is slow, buggy, and all-around a bad app.

Downcast is the way to fix your Podcast listening woes. At $2.99 it’s one of the more pricey apps but even at that, it’s about the cost of a cup of coffee. With Downcast you can search for and download all your favorite Podcasts, import feeds, access password-protected Podcasts, and even make playlists.

You can download Downcast for all your iOS devices as well as your Mac and sync Podcast lists and playback between them. Speed up or slow down your Podcast to get more out of each episode and even stream without download. Downcast is the best way to listen to Podcasts on your iOS device. 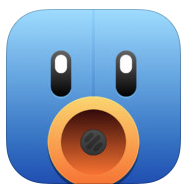 Twitter is baked into the guts of iOS 7, which suggests the Twitter app for iOS when you first change your Twitter settings on your iOS device. The stock Twitter app is difficult to use to say the least. While you can use it to post and read, interacting with it is far from intuitive.

This is why Tweetbot 3 exists. Tweetbot is a full-featured Twitter client that was designed specifically for iOS 7. Anything you would want from a Twitter client is available in Tweetbot, far too many features to list here, but you get the basics like native push notifications, syncing across devices and Macs, advanced mute filters, and awesome support for multiple accounts. Want to RT a tweet with a different account than you’re reading it in? Tweetbot actually lets you do just that.

Tweetbot is the best Twitter client for iOS out there, hands down, and the $4.99 price tag shows that exactly. 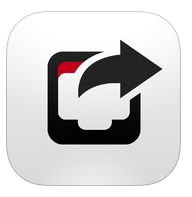 Mail and Apple haven’t been on the best of terms lately, especially with the release of OS X Mavericks and their Gmail debacle. Mail on iOS is better, but it still isn’t as intuitive as most would like.

While many people are trying to revolutionize email, few apps out there actually succeed in doing so. Dispatch calls itself “Action-Based Email” and that is pretty much perfectly true. Instead of treating emails like letters, it treats them as actions for you to complete.

You can archive email to Evernote, create reminders, and save links to Pocket for reading later. If you’re looking for a better mail experience, Dispatch is for you.