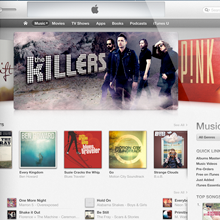 October came and went, and still no iTunes 11. What’s the deal? Apple is “taking a little extra time to get it right.”

According to AllThingsD, Apple has chosen not to rush the new version of iTunes out the door, likely still stinging from accusations that the company did just that with Siri and their new Maps app. Apple had committed to releasing a long-awaited overhaul of iTunes for Mac and Windows in October, but has delayed that by a month, citing “taking longer than we expected” as the primary reason.

AllThingsD goes so far as to suggest that what Apple’s not saying is that the delay is due to this week’s executive restructuring, and I’d say that’s probably a fair assumption.