by Robin Parrish 10 years ago11 months ago 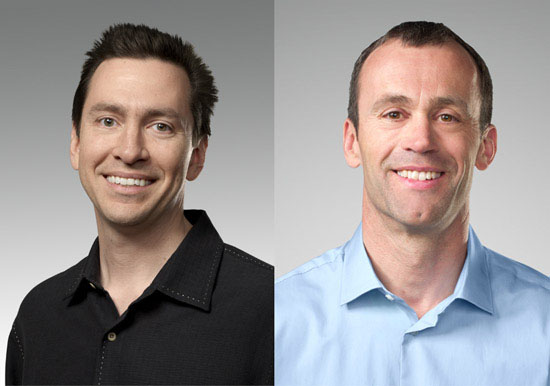 Whoa. This is huge: Senior VP of iOS Software Scott Forstall and Senior VP of Retail Stores John Browett are out at Apple. Don’t ignore this news; it’s going to have major effects on you. Here’s how.

For months, reports have been circulating that there was a major conflict brewing behind closed doors at Apple. The reports said that the company’s two design divisions — hardware and software — were at odds over the design direction of the company’s products. On one side was Jonathan Ive’s industrial design division, which is responsible for the sleek, thin, “revolutionary” designs of every piece of hardware Apple makes. On the other side was Scott Forstall’s iOS software division, which creates every app Apple makes for iOS — including iOS itself.

The conflict stemmed from a design style called “skeuomorphism,” which Forstall is a disciple of and which Ive abhors. Skeuomorphism is about making digital creations look as real-world realistic as possible. The green felt in the Game Center app or the leather-and-stitching look of the Calendar app are examples of skeuomorphism. Even though Mac software is a separate division, the popularity of iOS has led to skeuomorphic designs making their way over to OS X, too. Steve Jobs was a fan of this style of design, and if Forstall had his way, we’d all be using kitschy realistic apps until the end of time.

Ive, on the other hand, felt that skeuomorphism was the past, and that the direction of modern design was moving into different territories. (Microsoft’s “Metro” UI, seen in Windows 8 and the Xbox 360, is a good example of a more modern software concept.) Some reports suggested that this internal conflict was growing heated, but Apple never commented publicly on it.

Apple’s press release says nothing about the conflict between Forstall and Ive, but it states that Ive has taken on Forstall’s responsibilities, which means that now Ive will oversee the design of hardware and software. Personally, I’m thrilled about what this means for the future. In theory, this should mean that both hardware and software will not only be complimentary to one another, but will be utterly seamless. Imagine perfect harmony between Apple’s hardware and software, both working together so tightly that you might not be able to tell where one ends and the other begins. And they couldn’t have a better designer on the job. Ive is a genius.

One other thing jumped out at me from that press release: the quote from Tim Cook forgoes the traditional extolling-of-virtues about the departing staff members. Read between those lines and it’s pretty darn obvious that Forstall isn’t “leaving.” He’s being let go. Some industry pundits are already theorizing that Forstall is being fired in response to the public response to Siri and Maps. I think it probably has more to do with the direction that Cook wants the company’s product design to go, but I suppose anything’s possible.

And then there’s John Browett, who took over as head of the company’s retail division after Ron Johnson left to become CEO of JC Penney a year ago. Browett’s tenure has been controversial, largely due to reports of disgruntled retail employees complaining about reduced hours and pay. His “departure” is far less surprising than Forstall’s; it seemed pretty clear from the start that he just wasn’t a good fit. Apple says they are already conducting a search for a new head of retail. In the meantime, Cook himself will oversee the retail division.

Also as a result of these exiting VPs, Apple is shuffling around other execs beyond just Ive. Eddy Cue is taking over Siri and Maps (likely with the mandate of improving both); Craig Federighi is bringing both iOS and OS X under his lone umbrella (meaning the long-expected merging of the two operating systems just took a big step closer to becoming reality); and Bob Mansfield (who had planned to retire soon, but is now sticking around for a while) has been appointed as head of a brand new division called Technologies. This group will oversee Apple’s initiatives in wireless and semiconductor tech. Apple cryptically hints that the latter has “ambitious plans for the future.”