Why You Need an iCloud Alternative

by Robin Parrish 9 years ago3 months ago
10

There’s been a lot of talk around the Web this week about the deficiencies of iCloud. As anyone who uses it likely knows, it never “just works” the way it’s supposed to. It’s buggy and confusing and unreliable, and several app developers have been griping about its woes lately. 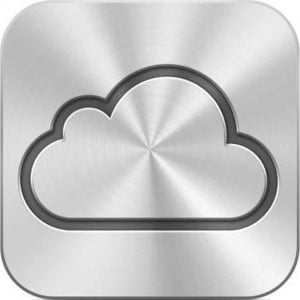 If it worked, iCloud would be a terrific service. And in some ways, it’s great. Like when tied into iTunes, it usually does a good job of keeping track of your downloads, remembering everything you’ve purchased in the past and letting you re-download them again, or put them on other devices. But with photos and documents, it’s never quite the seamless experience it’s meant to be. (Don’t even get me started on iPhoto.) Which is pretty ironic considering that iCloud was meant to be the file storage and syncing solution that MobileMe never lived up to.

But iCloud isn’t Apple’s only backup-and-storage product that sucks. There’s also Time Capsule, that square little box that automatically backs up everything on your Mac. When you first buy Time Capsule, it typically works as advertised. But the consensus among users is that after a short period of time — anywhere from two months up to a year — it becomes a glitch-filled brick.

My family has a Time Capsule. In fairness, it’s about two years old, and most backup drives have a life expectancy of around two years. But ours hasn’t worked in months. It worked great out of the box, but about a year in, it started acting weird. Its internal WiFi router has always worked flawlessly. It’s more reliable and more powerful than our old AirPort ever was. The hard drive is a different story, though. It regularly returns error messages, it’s never able to complete a backup, and seems to cause more problems on our Macs than it solves. We still use it for the router, but rarely bother trying to back up anymore.

So I’ve been looking into backup alternatives lately. We all love Dropbox because it’s so easy and so good at sharing files between devices, but there are other options. Google Drive, Amazon Cloud Services, Microsoft SkyDrive, Box, Mozy, and others provide endless options for backing up. Dropbox and Box typically suit my needs just fine, but it’s worth shopping around to get the best price. There are other options to consider, too, like storage sizes, number of machines you can link to a single account, what file formats it accepts, and more. (If you need help making sense of all those options, I recommend comparison site Best Backups.)

What’s your experience been? Does iCloud work for you? How about Time Capsule? Or do they both — as they have been for me — represent Apple’s broken promises?