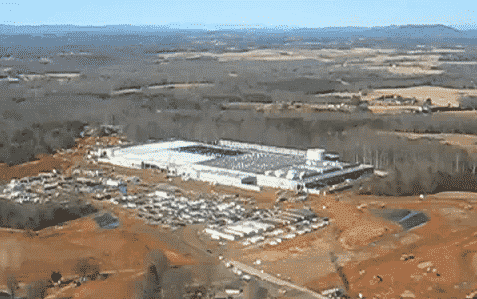 For the past little while, Apple has been building a data center out in North Carolina. It’s apparently going to be a server farm, presumably for iTunes. There was an interesting article in TechCrunch yesterday about the Q3 earnings call. Here’s the scoop:

DuringÂ Appleâ€™s Q3 2010 earnings call, CFO Peter Oppenheimer fielded a question about the massive data center Apple is currently building in Maiden, North Carolina. The reporter wanted to know how it was coming, and if there were any updates? â€œItâ€™s on-schedule,â€ Oppenheimer quickly said. â€œWe expect it completed by the end of the calendar year,â€ he continued, noting that it should be fully operational after that.

TechCrunch goes on to theorize about iTunes moving to the cloud, and a streaming music service. Does that make sense?

Well, it does to me. We heard about this rumor earlier this month, but truth be told, this has been floating around for a while now. It makes sense for Apple to move iTunes to the cloud, because eventually, people won’t have the hard drive space to hold all of those 4K movies. If they can stream them to their device anywhere they have an internet connection, it’d be perfect. And let’s not forget the international component to this when international data service centers start pushing the agenda with Apple.

Guess we’ll found out by the end of the year, huh?