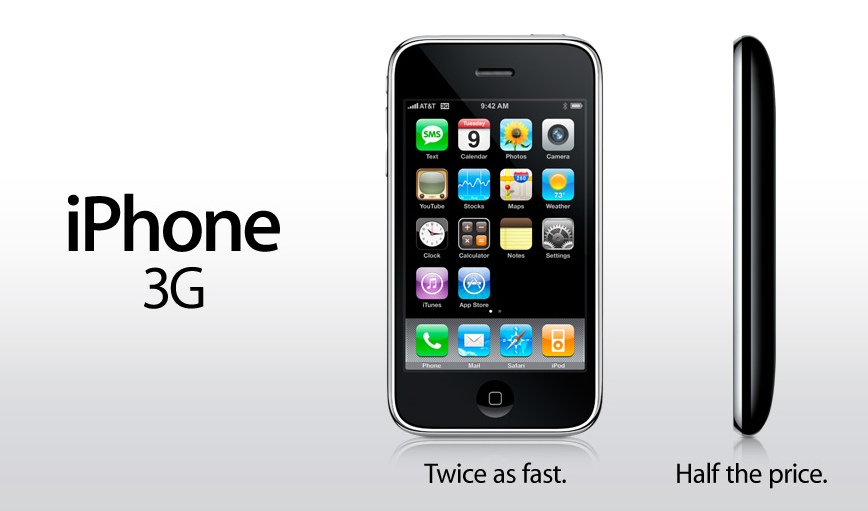 This year’s WWDC Keynote was completely iPhone focused. It started off with a showcase of iPhone Apps that are going to be in the App Store when it launches in early July including several games, MLB.com and Ebay apps, and a handful of medical applications among others. Games looked as good as many Nintendo DS and PSP titles, and are – at least initially – going to be $9.99.

It was also revealed that Apple has a solution for developers looking for background functionality, in the version of a push service for all developers.

After the third party application showcase, Steve covered some new features of the iPhone, including Contact Search, and full iWork and MS Office document support. Also increased language support and a scientific calculator were added.

The iPhone 2.0 software will be available in early July.

Apple also replaced their .Mac service with the much rumored “Mobile Me” service which is described as “Exchange for the rest of us.” Instant push contacts, calendards, email, and more will all be a part of the new service, as well as a web 2.0 application located at me.com. All .Mac users will be automatically upgraded to the new service which costs $99 a year. A free 60 day trial will be available with the iPhone 2.0 software.

After all of this Steve finally got around to the big news of the day, the iPhone 3G.

The new iPhone will feature 3G connectivity, 5 hours of 3G talk time, and GPS navigation. The biggest news, however, is the price.

“Snow Leopard” was mentioned as well as something that Bertrand Serlet would be given a peak at after lunch.

All in all it wasn’t a very exciting keynote. I’m glad to be wrong about the $199 price drop, and I’m sure it will push more iPhone sales than ever before, but I do wish we’d gotten the App Store today. Ah well…

What did you think?

Thanks to The Wizard for the pic