You are here: Home / iPhone / The Waterproof iPhone Cases You Need This Summer 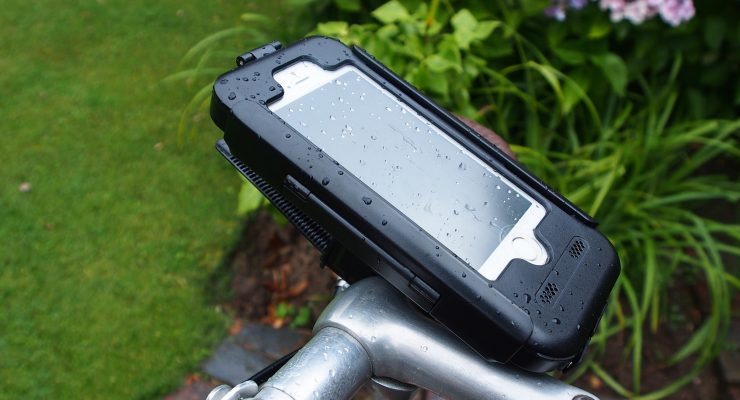 The Summer is full-swing and that means that you need to start looking at the long list of waterproof iPhone cases and figuring out which one is best for you. In this article I’ve tried to highlight a few of the cases that are tried and true and will save you phone this summer when you’re sitting on the beach and it starts to rain or even when you’re diving into the pool and didn’t remember that your phone is in your pocket. It’s my humble opinion that a good iPhone case is just as good as buying the Apple Protection Plan. Pelican makes a killer case that gets reviews that are as good as and even better than those that Lifeproof is getting (which is pretty much the Pinnacle of waterproof cases). The Pelican case advertises that with this piece your phone will be fine with “continuous submersion in water” and I have to admit that while that seems a bit of a stretch, it’s totally true. I went spearfishing with a friend that had one of these on his phone and we got every picture crystal clear after the two hours that we were under the ocean. I was very impressed and have to hand it to them, Pelican make some of the best waterproof iPhone cases. I don’t know if we’re going to consider the Vansky case as a phone case but I have a few buddies that have used this on the beach and they’ve all been big fans. It’s ridiculously cheap and it’s a lot easier to get in and out of than the other cases on this list. They also have kept the camera open so that you’ll be able to take underwater photos. The Optrix cases are the pieces that you can take out and people are going to recognize that you’re into an adventure. I mean these things just look like something fun. I know a few people that have these and they have great things to say about them. The biggest thing to look at when choosing a waterproof case is to consider the airtight-ness of the case and these pieces definitively hit the mark. The Catalyst waterproof iPhone cases look great just like a few of the other cases and they’re built for people who are looking to take underwater photos. Which means that if you drop them in a puddle or in the shower then you definitely have nothing to worry about. iPhax is probably one of the cheaper cases on the market but its probably worth the money that you’re going to fork out. The case has a lifelong warranty is a great deal. The phone is also one of the thinnest products on the market and that might not seem like a big deal but since most of the other cases are super bulky, iPhax definitely has something to offer. I have to admit that I’m a little bit partial to Lifeproof’s FRE Case, I’ve had the iPhone 6S for about four months now and this thing has saved by phone on a number of occasions. Plus it charges my phone so that’s always a huge bonus. That includes my phone falling from it’s perch in my shower, a hot tub dunk and even one instance when I surfed for an hour and a half with my phone in pocket without realizing that it was there. (the waves were really good). The Griffin case comes from a big name and you can kind of trust in that. If we were going to have a category for the best “phones for construction workers” this case would take the cake. The Griffin case is a hard-wearing piece that is equipped with a belt-clip and can take a beating. It’s also pretty cheap on the “waterproof iPhone cases” market. I guess if you had to talk about the Griffin case you’d say that it “takes a lickin and keeps on tickin”.

Get A Chance To Win This iPhone Batter Case