Apple will be just fine – with or without Steve... 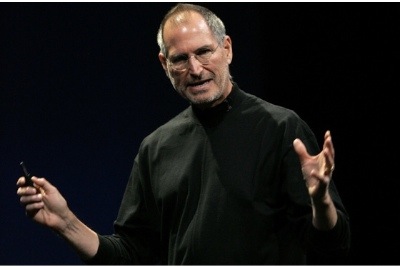 At the end of the day yesterday, right after the markets closed, Apple again issued a press release that would have caused their stock to take a huge hit had they let the cat out of the bag only a few minutes before.

This time it wasn’t anything as mundane as Steve Jobs not giving a Keynote. This time it was an email from Jobs to everyone at Apple, telling them all that he would be taking a “leave of absence” as the CEO of the company.

The reason for this, of course, is his health.

I’m going to leave the eulogizing a man that’s still alive to other blogs, but I do want to point something out…Apple is going to be fine – with or without Steve Jobs.

Everyone here it Apple Gazette and the Bloggy Network wish Mr. Jobs well, and hopes he has a speedy recovery from the issues that have been plaguing him over the last year.

Apple, the company, however, will be able to go on while he is away. The idea that without Steve Jobs there is no Apple is one that many die-hard Jobs’ fans will most certainly be talking about today, but it’s just not true.

Steve Jobs did not come down from a mountain with an iPod in his left hand and an iPhone in his right. He is obviously a major contributor to the company, and has been a figurehead the likes of which no other company has ever seen. That doesn’t mean that Apple won’t be able to survive and thrive.

Sure, in the 90s things didn’t go so well when he wasn’t there – but the reason for that was because a moron was in charge instead.

Right now Apple is the company that Steve Jobs built, and the people he has in place will be able to thrive, grow, and continue to innovate in his absence, even if he decides to retire and never return to the role of CEO.

There is no doubt that the stock is going to take tumble today. If I were capable, I’d be buying it up while the price is low. Apple has a bright future ahead of it beyond Steve Jobs’ run as CEO – and I think it’s fair to point out that it ain’t over yet. Jobs is set to return in 6 months, and until we hear something different, that’s what I expect to see.

I’m sure you have an opinion about the situation too – feel free to sound off in the comments below.