You are here: Home / Apple Inc / These Cities Should Be in 3D Flyover — But They’re Not 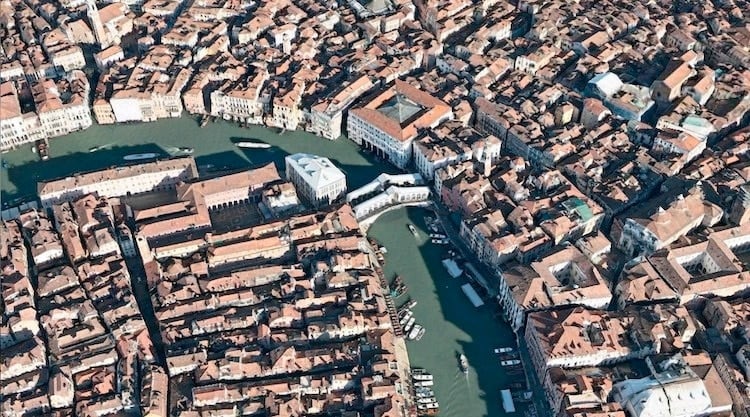 When Apple purchased C3 Technologies to make use of their realistic 3D mapping system, C3 already had a number of major world cities mapped. So why have some of them been left out of Apple Maps‘ big debut?

Last week, I explained how Apple’s 3D “Flyover” mapping system originated with a company called C3 Technologies, which Apple acquired last year. But while doing research about C3 Technologies, reading through articles written about them pre-Apple, I made a surprising discovery: there were cities C3 had already mapped into their 3D system that don’t show up in 3D Flyover mode in Apple Maps.

The missing 3D cities include Florence, Helsinki, Oslo, Prague, Venice, and Vienna. You can see evidence of some of these 3D cities in the images above and below, which originated here. What’s more, this article from Reuters claims that as of April 2011, C3 actually had more than one hundred 3D cities in its database. (Some of these 3D cities were licensed and integrated into Nokia’s “Ovi Maps” service before Apple acquired the company.) Obviously, this means that Apple is sitting on 60+ 3D cities that have yet to be integrated into Apple Maps (after you count the 42 cities currently known to be displayed in 3D).

There are a number of reasons Apple might be rolling out their 3D city database slowly. They could be testing the waters, seeing what kind of strain the high-res textures and 3D models put on their servers, before pushing out the entire database. They could be having some compatibility issues with importing C3’s maps into Apple’s mapping software. Or maybe some of C3’s older 3D maps are out-of-date; things are constantly being torn down and built, all over the world, after all. Or maybe Apple has another, better reason for holding back.

I don’t know what the hold up is, but I sure wish they’d hurry up.