Speculation: iPhone 4th Gen In Summer. Me: No Kidding. (UPDATED) 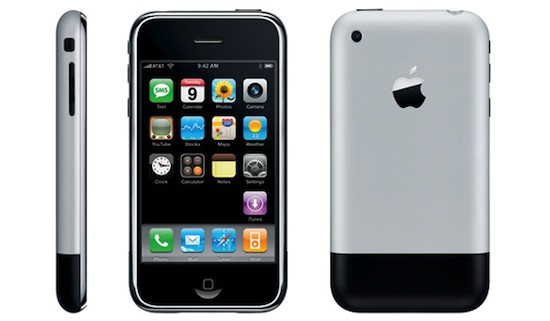 Certain things can be counted on as eventualities. Death. Paying taxes. iPhones in the summer. That’s because for the past three years, that’s how it’s worked, year after year. So what makes this year any different?

So far, not much, but now we have a few clues. First, comes word that Apple has reserved the Yorba Buena Center of the Arts for June 22, which is the same spot they’ve used for all announcements they’ve made on the iPhone so far. Searching the YBCA website comes up with nothing planned for the 22, but that’s not surprising. Apple’s things tend to be hush-hush. Plus, it’s a private event, so it’s not going to be listed online.

Same story as last year and the year before, but weâ€™ve confirmed with multiple AT&T sources that the carrier has now put a block on employees taking vacations in June.Â The only time AT&T does a straight block like this is for iPhone launches. Whatâ€™s interesting is, if AT&T is blocking June, perhaps the iPhone will launch a little earlier than July this year.

Once again, no shocker. In fact, I’d be surprised if AT&T wasn’t blocking off the dates.

But here’s what we haven’t heard yet. No word on whether or not Verizon, Sprint or T-Mobile employees are blocked from vacation time around the same period. If that were the case, then we’d really have some good gossip here.

But fact is, there’s nothing really new to report. Apple’s coming out with a new iPhone in the summer, just like they have every year, but now we have a general idea of when it’s going to happen. Kinda.

Update: OK, maybe something to report.

This goes under the “I don’t want to file rumors” thing, but with the press this is getting, it’s hard to ignore. Gizmodo is saying very clearly that they have the next-gen iPhone in hand. Literally. Story goes that this phone was found in an iPhone 3G case, and worked for a bit, but now it doesn’t. They’ve even taken it apart and “verified” that it is, in fact, the 4th-gen iPhone. To quote:

The guts, the definitive proof
And finally, when we opened it up, we saw multiple components that were clearly labeledÂ APPLE. And, because the components were fit extremely well and extremely conformed inside the case (obvious that it was designed FOR this case), it was evident that it was not just a 3G or a 3GS transplanted into another body. That probably wouldn’t even be possible, with the size constraints of the thinner device and larger battery.

I’m going on record to say that I’m very skeptical that this is the actual device. But in the interest of reporting when it’s hard to ignore, here you go.