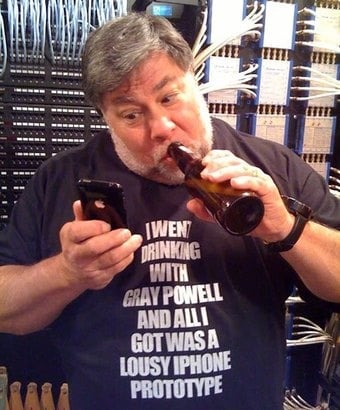 In completely unshocking news, Cnet is reporting that the cops are looking into the theft of an iPhone prototype, taken from a bar in San Jose. Hmm, that sounds awfully familiar, doesn’t it?

Silicon Valley police are investigating what appears to be a lost Apple iPhone prototype purchased by a gadget blog, a transaction that may have violated criminal laws, a law enforcement official told CNET on Friday.

Apple has spoken to local police about the incident and the investigation is believed to be headed by a computer crime task force led by the Santa Clara County district attorney’s office, the source said. Apple’s Cupertino headquarters is in Santa Clara County, about 40 miles south of San Francisco.

Fact is, no matter how many articles I read about this issue, I very rarely read one that says that both Gizmodo and the person who found the original iPhone are innocent of any crimes. It’s just a matter of narrowing down which specific crimes they’re in violation of. Some claim it’s a trade secrets issue, while others claim it’s a matter of purchasing stolen property.

I think though that most people can agree that the original person who found the iPhone did steal it. Now before you start typing in the comment box, let me explain. The gentleman found this device around March 17 (the exact date escapes me) and then kept it for three weeks before he pitched it off to other tech blogs. He attempted to contact Apple in that time, but only via customer service, and he apparently refused to send them pictures of the phone. Had he sent pictures, I’d be writing about something completely different. That phone call, from his perspective, was his out. It was his way of throwing up his arms and saying, “Well, I tried. Nothing else I can do.” Of course, there were plenty of things that he could do. The bar is less than 30 minutes away from Apple HQ, and just dropping the phone off at the receptionist’s desk would’ve solved the problem.

Fact is, he found the phone. At that point, it was a lost phone, and he could have done any number of things with it to try to get the phone back to its rightful owner. Drop it off at the bar, e-mail him through Facebook, stop by Apple, or even just drop it off at an Apple store. He didn’t do any of those things. Instead, he made a call to Apple, got nowhere, then sold the phone. The instant he decided to sell it instead of get it back to Apple was the moment it’s stolen.

So if you go with the assumption that he stole the phone, then you have to logically conclude that at the bare minimum, Gizmodo was in possession of stolen property. Had he told them the story before they bought it, then they have knowingly purchased stolen property, making it even more complicated. And by dissecting the phone, they round the corner into revealing trade secrets, which I’m sure Apple is just thrilled about.

From my perspective, this is stolen merchandise plain and simple. Now let’s see what the cops think.