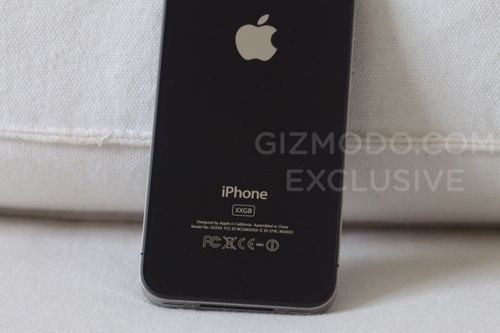 I’ve been thinking about this topic a lot recently, and I don’t know how to really express how I feel without it coming off like sour grapes. Gizmodo.com got an exclusive look at what’s potentially Â the next iPhone, and I’m a writer on a tech site. It would be easy to see why I would be jealous that they got this big scoop, particularly when you see the hit numbers on the side of their posts. But fact is, I have a certain ethical code that I live by, and I think that Gizmodo not only broke my personal code, but broke the law as well. And I think they did so knowingly, and I think they don’t care at all.

But I wasn’t really sure how to quantify all that until this morning when I read this post linked to by Daring Fireball. Here’s the Reader’s Digest version: The guy who found the iPhone made minimal attempts to return the phone to Apple, and then sold it to make some cash. He broke the law, and so did Gizmodo by purchasing it.

Getting a big scoop is huge in the tech world. Everyone has wanted to see this new iPhone since the last model came out in 2009, and we were all looking forward to seeing the spy shots and leaked photos from Chinese plants. And it’s not that Gizmodo ruined everyone’s Christmas by showing them what’s under the tree, because that’s not the problem here. The problem is that they stole someone else’s Christmas gifts, put them under the tree like they were there all the time, then claimed ignorance over what they did. Let’s make this clear here: This is theft. They purchased stolen property, plain and simple. Sure, they got the scoop and the accompanying press, so good for them. And they’re doing a good job breaking their collarbones to pat themselves on the back. They’ve even had the balls to claim that Apple didn’t get the phone back because they screwed up. So by their logic, Apple deserves what they got from Gizmodo.

Here’s the thing: Apple is a giant in the tech industry, and no matter how hard they try, things will leak out. It’s happened many times before, and it will happen again. At the same time, were this device to get out into the wild, the moral and legal thing to do is to make every possible effort to return the phone to Apple before then assuming that it’s his to keep. This would be something different if he found the phone in a bar in New York, or even Los Angeles. But the person who found the phone was just 23 minutes away from Apple’s corporate headquarters – 35 in traffic. It would’ve taken him less than an hour to drive to Apple, plop it on the receptionist’s desk and say, “Hey, I found this. I don’t know if it’s fake or not, but it looks like your prototype. Now it’s out of my hands.” Instead, he took the phone, saw what he had – quick cash – and after a few weeks, decided to sell it to the highest bidder. That’s shady.

And this is Gizmodo’s responsibility. Let me quote Daily Finance here:

And make no mistake: In this case, it was up to Gawker to establish that the seller legally possessed the property. Paul J. Wallin, a founding partner at the California law firm Wallin & Klaritch, offers an analogy. “If you purchase a rolex watch at a swap meet for $200, a reasonable person would be put on notice that it might be stolen goods,” he says. The buyer would thus be required to take extra measures to determine that it wasn’t.

And they didn’t do that.

From myÂ perspective, I think there are things that will happen, and things that should happen. I don’t think that Apple will sue Gawker or Gizmodo. I think that for the most part, this story is done, assuming that Apple is happy with the fact their prototype was disassembled and splayed open on the Internet like aÂ dissectedÂ frog. What I think Apple should do is ban Gizmodo from any special products, tech reviews, or any other press passes in the future. Gizmodo broke the trust between the two businesses, so Apple owes them nothing.