iTablet Rumors are back AGAIN – This time Backed by... 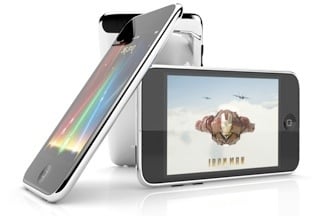 So guess what? The iTablet rumor is back – AGAIN. This time it’s being reported by TechCrunch, a source I actually consider somewhat credible – but if this is true, I think it’s a huge mistake on Apple’s part.

Michael Arrington is reporting that 3 separate sources have confirmed this thing, and one of them has even held the prototype in their hands.

It would be a 7 or 9 inch screen that would essentially be a large format iPod touch.

There’s no way that you could take (most) Apps designed for a 3.5 inch screen and blow it up to 9 inches without it looking completely absurd.

Some of the games would still work fine, but 90% of the business apps would be completely unusable with giant buttons that would look like it was a child’s tool.

I also just don’t see the mainstream market for this thing. YES – I do see the hardcore Mac Geek Market – I’m part of it – I get it – I would buy it – but I can’t see why my parents-in-law would buy it (and they both own iPhones). I don’t see why average consumers would want it – and I don’t think Apple’s going to make it.

I would love it, however, if Apple could prove me wrong, and convince me this thing would be a hit.

Don’t expect to see this at Macworld 2009 – if Arrington is right, it’ll be the fall of 09 before this thing sees the light of day.