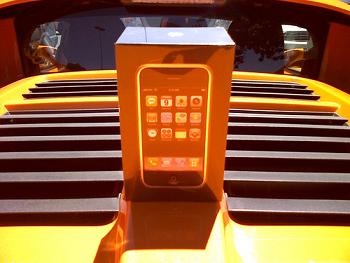 According the the French competition counsel Apple must cease its exclusive relationship with France Telecom’s Orange and allow other local carriers to offer the iPhone to its subscribers immediately.

The reasonings is because the exclusive deal violates local freedom of competition and pricing laws. The inquiry into the situation started after France’s third largest mobile operator, Bouygues Telecom, filed a complaint with the regulator on Sept. 18th of this year.

The French competition counsel said “Apple’s exclusive arrangement with Orange poses a serious and immediate threat to competition in the wireless sector and causes consumers to incur hefty and unjust fees should they attempt to switch providers.”

France Telecom plans to appeal the decision – but the chances of it winning an appeal seem to be very slim.