Apple May Have Found iPhone Before Police and Gizmodo 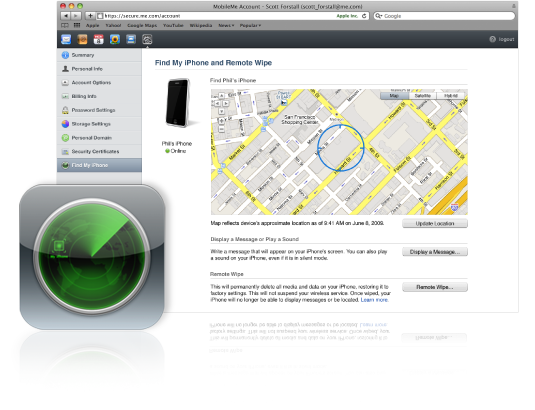 One of the advantages of MobileMe is the Find My iPhone feature. It’s pretty handy, because you can search for your lost phone via the web, and even remote wipe it if need be. Enterprise users have the same option as well, making it better for business. It’s been theorized that Apple performed a remote wipe on the iPhone 4th gen that Gizmodo found, but now Wired is reporting that they may have used the other feature as well.

People identifying themselves as representing Apple last week visited and sought permission to search the Silicon Valley address of the college-age man who came into possession of a next-generation iPhone prototype, according to a person involved with the find.

â€œSomeone came to [the finder’s] house and knocked on his door,â€ the source told Wired.com, speaking on condition of anonymity because the case is under investigation by the police. A roommate answered, but wouldnâ€™t let them in.

Gizmodo has stated in some of their posts (although I’m having a problem finding that specific link) that Find My iPhone is broken in OS 4.0, which is what the phone was most likely running. But being that this is a prototype phone, it’s more likely that Apple has a built in self destruct button anyways.

Regardless, this adds another wrinkle to the whole scenario. Here’s how it maps out to me:

This story is stillÂ developingÂ obviously, and there’s lots of info still left to come out. I think the finder is screwed. Gizmodo, I’m not as sure about. I think it depends on the ferocity of their lawyer.