iPad Pro vs MacBook Air: How They Compare

by Apple Gazette 1 year ago5 months ago

Usually, you’ll see comparisons such as the iPad Pro vs the iPad Air, or the MacBook Pro vs the MacBook Air. But since the release of the latest iPads, we can see that tablets offer such high performance that nowadays, we’re comparing them directly to laptops.

The iPad Pro is one of the largest tablets on the market, available in both 11 inches and a massive 12.9 inches. With the average laptop being around 13.3 inches, it’s clear to see why some people view the Pro as a laptop killer.

In the laptop market, the new MacBook Air has been heralded as one of the top budget laptops currently available. This is down to the new M1 processor that Apple has started building and using themselves, which makes a massive difference when it comes to processing power.

But is it actually possible for the Pro to become a viable alternative to the MacBook Air? Well, we’re going to take a quick look at a few reasons why it may, or may not, be on its way to being Apple’s most popular tablet.

Let me start by saying that this isn’t an argument about whether the iPad Pro can work as a laptop. I can settle that debate pretty easily – it can.

The iPad Pro can definitely be used as a laptop for most people, especially if you opt for the larger 12.9 inch like most people do. It’s very similar to the Microsoft Surface Pro, which is actually marketed by Microsoft as a laptop more than it is a tablet.

So yes, the iPad Pro is better than many lower-end laptops. But can it hold its own against a MacBook, especially the new and updated MacBook Air? That’s another question entirely. 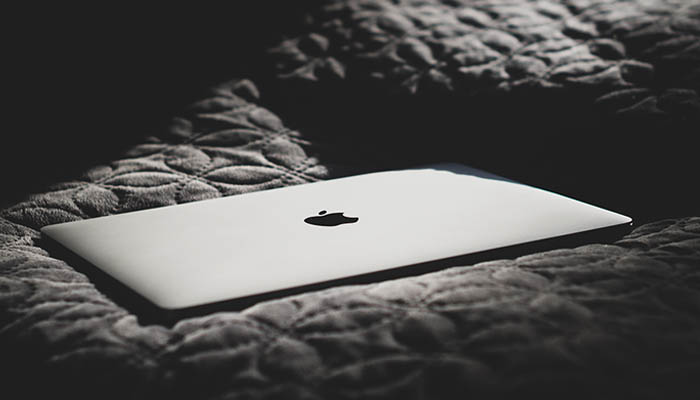 The MacBook Air has been Apple’s budget model for more than a decade now, and this year’s release is better than ever. It’s been improved in several key areas, including the processor and battery life, which are probably the most noticeable differences.

As someone who put off the update to Big Sur for more weeks than I’d like to admit, it’s a definite improvement over previous versions of Apple’s Mac OS. And as of now, Mac OS is definitely better than iPadOS. So, that’s one point for the Air and MacBooks.

Another area where the Air wins is battery life. This is pretty expected, as touchscreen devices do tend to use a lot of battery, especially when they have a super high resolution. It lasts around 40% longer than the iPad Pro from a full charge on average.

As you’d expect from a laptop vs tablet battle, the Air has a lot more ports for you to use. It has a pretty large trackpad that is responsive, and the old keyboard problems that plagued some older MacBook models are a distant memory.

But the main difference between the two is really in their performance – the MacBook Air is simply better as a laptop, which is probably what we all expect. The addition of the eight-core M1 chip really makes it the laptop to beat right now. 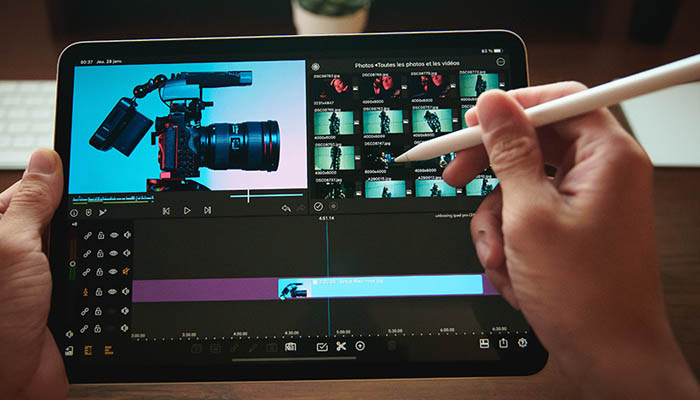 The case for and against the iPad Pro

There are a lot of things to love about the iPad Pro, and there are some people that will undoubtedly benefit from using one. It’s definitely ideal for content creators.

For artists and designers, having the ability to use the Apple pencil and drawing directly onto a high-powered tablet could be invaluable. It’s very responsive, and with the new improved Apple Pencil, there’s no delay when using it.

Having the ability to use both a front and a rear camera will appeal to some, and they are better than the 720p front camera that the Air uses. It’s ideal for the current climate, where many of us will be making video calls from home, whether for work, school, or leisure.

Something else that the iPad Pro definitely does better is the display. If you’ve seen a MacBook display before, you’d know that’s a pretty mean feat, as they’re well known for their high quality.

But the 12.9″ iPad Pro is definitely the most attractive tablet on the market, with only the Galaxy Tab S7 coming even remotely close to it. The high refresh rate and brightness are matched by a sharp resolution, making it visually very impressive.

When it comes to weight, the iPad Pro is around half that of the Air, which is a key area for those that travel a lot and need something portable. But when you add in the weight of the Magic keyboard you need to use to type properly with the Pro, it’s actually a little heavier.

And that brings me to my key flaw. The main downside of the iPad Pro in my opinion is that to be considered a viable alternative to the Air, it would need to be significantly cheaper. At the moment, it only retails at a little less than the Macbook Air, which is great, but…

When you add in the fact that you’d need to purchase a Magic keyboard to really use your Pro as a laptop, it ends up being more expensive than a base model MacBook. And for this reason, I can’t recommend an iPad Pro over a MacBook Air when it comes to value for money.

All in all, if you were to compare the iPad Pro to the older MacBook Air that came with an Intel Core i3 processor, then I’d be more inclined to say that the iPad Pro would have a chance against it.

However, with the new M1 processor, it’s pretty hard to beat the MacBook Air. This is true not just for the iPad Pro, but for pretty much any laptop or tablet available. With Apple making the devices themselves and now the internal processors too, we’ll hopefully see them become better and better in the coming years.

So whilst I do like the iPad Pro, it’s not quite a worthy replacement for the MacBook Air just yet. Whilst you can definitely use the Pro as a laptop just fine, and it’s probably better than many cheaper laptops, it’s not on the level of the MacBook range.