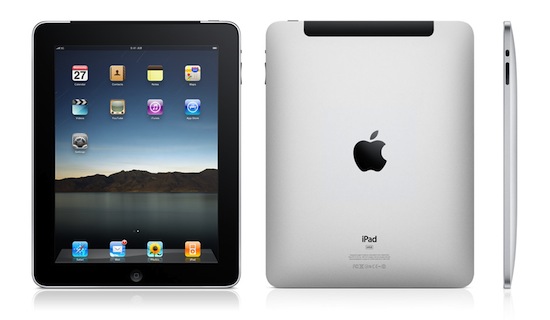 I bought an iPad Wi-Fi+3G model for one reason: road trips. My logic was that if I needed to use an internet connection on the road for my laptop, that most times I could get away with using the 3G in the iPad instead. For $30, I’d have unlimited data, and that was cheaper than it would be from most hotels that I frequent, so I was good. At least, that’s what I thought.

A month later, AT&T changes its mind and decides to offer different iPad plans, and in the process, cut off the unlimited option. Now it was 2GB of data for $5 cheaper. I was pissed. I was so pissed that I fired off an e-mail to Steve Jobs about it, but I never got a response. I’m still upset that I spent the extra $120 for essentially nothing – nothing I’m going to use now, anyways – but there’s not a whole lot that I can do.

As it turns out though, some people disagree with me. There is something they can do, which is to sue AT&T and Apple. iPad Weekly has the deets:

A proposed class action lawsuit filed against Apple and AT&T, which accuses the two companies of bait and switch marketing with the iPad 3G,Â has been amended and re-filed to include additional iPad 3G customers, according to aÂ New York Times report dated Thursday.

The suit ,first brought on June 9th, currently names three individual customers who claim that Apple and AT&T baited them into purchasing an iPad 3G with the promises of a flexible and unlimited data plan â€œonly to have that promise reneged upon within weeks of their purchases.â€

Funny, that’s pretty much exactly how I feel.

One of the primary contentions of the lawsuit involves a claim made by AT&T and Apple that iPad 3G customers could easily opt-in and out of an unlimited data connection on the iPad 3G without any sort of penalty.

I’m not sure if this is going to go anywhere, but I’d definitely consider getting involved. I don’t see this being Apple’s fault at all, but AT&T did straight up pull a switcheroo, and it really set me off.

Seriously, when is this switch away from AT&T going to happen?