by Tanner Godarzi 11 years ago5 months ago
3 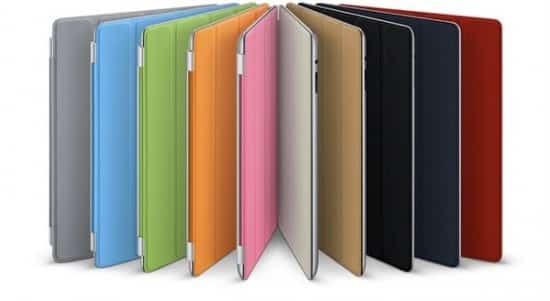 During Apple’s iPad 2 event Steve Jobs touted Smart Covers for the device which shield the screen and wake the iPad when opened or sleep it closed. Here’s how Smart Covers really work.

Months before the iPad 2’s debut Apple released Betas of iOS 4.3 to developers. Journalists and developers sifted through the Beta releases and found hints of PhotoBooth, FaceTime, Retina support, and new touch gestures. Code for an iPad proximity sensor was discovered and is what makes Smart Covers, well, smart.

The proximity sensor can detect how far or how close an object is to the iPad like the iPhone which shuts of the display when held against a face. When the iPad’s screen is covered, the device enters sleep mode and locks. Once the cover is removed, the iPad wakes. Using proximity sensors would allow the iPad to recognize when the Smart Cover is open or closed.

It’s likely Apple incorporated multiple proximity sensors to prevent users from accidentally locking their iPad when holding it. The iPad 2 would need at least three proximity sensors to detect the presence of a smart cover. If one or two had been used, someone holding their iPad could accidentally sleep the device if their hands covered the sensors. Three sensors â€” one on the top, bottom and right side â€” would prevent accidentally locking the iPad’s screen yet allow the device to sleep when a Smart Cover blocks all three sensors.

A mockup of the proximity sensors in the iPad 2. Image via Engadget.

Waking the iPad 2 using a Smart Cover would only require the right proximity sensor be uncovered to wake the iPad. The other two would be a safe-gaurd as the user would only be able to block two sensors at most. Once the third is covered, the iPad can go to sleep. As soon as the cover is removed, the iPad wakes.