Filed Under “I Told You So” – Healthcare Industry Considers... 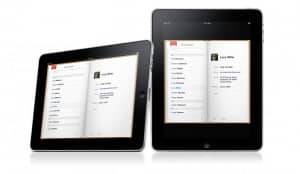 There are very few things I’ve predicted accurately in my long history of psychic predictions. I knew the Red Sox would win the World Series in 2004, I knew that my college roommate would pass out after drinking a bottle of vodka, and I knew that the healthcare industry would express an interest in the iPad. Remember that?

Well now, website ScienceRoll is talking about it. A highlight

Possible cons from the healthcare aspect:

There is a list of pros as well, but this article is definitely a bit con-heavy on why this product won’t work.

ScienceRoll references KevinMD.com, another medical website that lists potential problems in integrating the iPad into the healthcare industry. Here’s an excerpt from the article:

Durability and battery issues
As noted earlier, the iPad is light and thin, which lends itself to portability and ease of use. However, what does this say about the long-term prospects for its use? How well can it withstand rough usage, dust, disinfectants, water, etc.? Further, even if it can handle the rigors of an intensive healthcare setting, how will providers react to the lack of an interchangeable battery?

There are some legitimate concerns here, that’s for sure. One thing I keep hearing about though is a lack of Flash support, a topic which I may take on later this week. But to touch on it now, HTML5 standards are going to move things away from Flash, and frankly, a lack of Flash hasn’t exactly crippled the iPhone. If anything, I think this is just another step along the path to the death of Flash as we know it today.