Buying A Used iPad? What You Need To Know

You’ve just seen a great deal on Craigslist for a practically brand new iPad Air 2. It’s gold, 64GB and Wi-Fi only. And for some unknown reason, the seller has held on to the box for a year. The seller just wants to get rid of it.

She doesn’t use it. Maybe she is going to use the money to put toward a new iPad Pro.

He got it for Christmas last year and doesn’t see the point in using an iPad. After all, his MacBook Pro does everything he needs it to do. That cutting edge iPad has just been collecting dust for months.

The seller leaves his/her phone number, you’ve typed it in your phone and you’re busy crafting the perfect message. This iPad is as good as yours.

Before you pull the trigger and hand over cold, hard cash, there are a few things to consider, though.

If something seems too good to be true…

You’ve heard this one before: if something seems too good to be true, it probably is. If you see someone selling an iPad Air 2 for $150, it should probably raise some eyebrows.

Don’t get me wrong; one of the best things about buying an Apple device is that it won’t decrease in value as quickly as some of its competitors in the market. Whether you’re buying a Mac or an iPhone, you can usually feel assured that when you’re ready to upgrade, selling that device will help put that shiny, new device well within your reach. But when you see an Apple device that’s practically being given away, you have to be careful. That cheap iPad is probably hot.

So how does one go about buying a used iPad safely? If it seems like there are a lot of things that could potentially go wrong during a used iPad sale, you’re right, but buying used is a great option for many of us who don’t need the latest and greatest hardware. As long as you know the guidelines for buying a used iPad, it can be a quick and easy process.

There are a few things to look out for, and if you know the signs, you can get a great device for a fraction of the retail price.

Pay attention to the seller’s story

If the seller’s ad talks about selling an ex’s iPad or some similar situation, you should steer clear. You don’t want to get stuck in a couple / family dispute, so pay particular attention to the seller’s story. If it seems sketchy, ask questions. Even pushing the seller on why he/she wants to get rid of the product could be enough to see the holes in the story.

It seems so basic, but sometimes when a deal is really good, it’s difficult to tap into your common sense.

By and large, most of the people selling Apple products online are totally honest people, but you may want to consider using a temporary phone number to contact them. There are a number of iPhone apps out there that can mask your phone number. If you’re not sure where to start, take a look at Burner.

Apple has a really useful tool for buying used products. Before you ever agree to meet with a seller, ask him/her to give you the item’s serial number. Then, go to Apple’s Activation Lock Status page and type in the serial number. It will tell you if the iPad has been reported stolen or missing. Note: not every stolen or missing iPad has been reported, so it’s not foolproof. 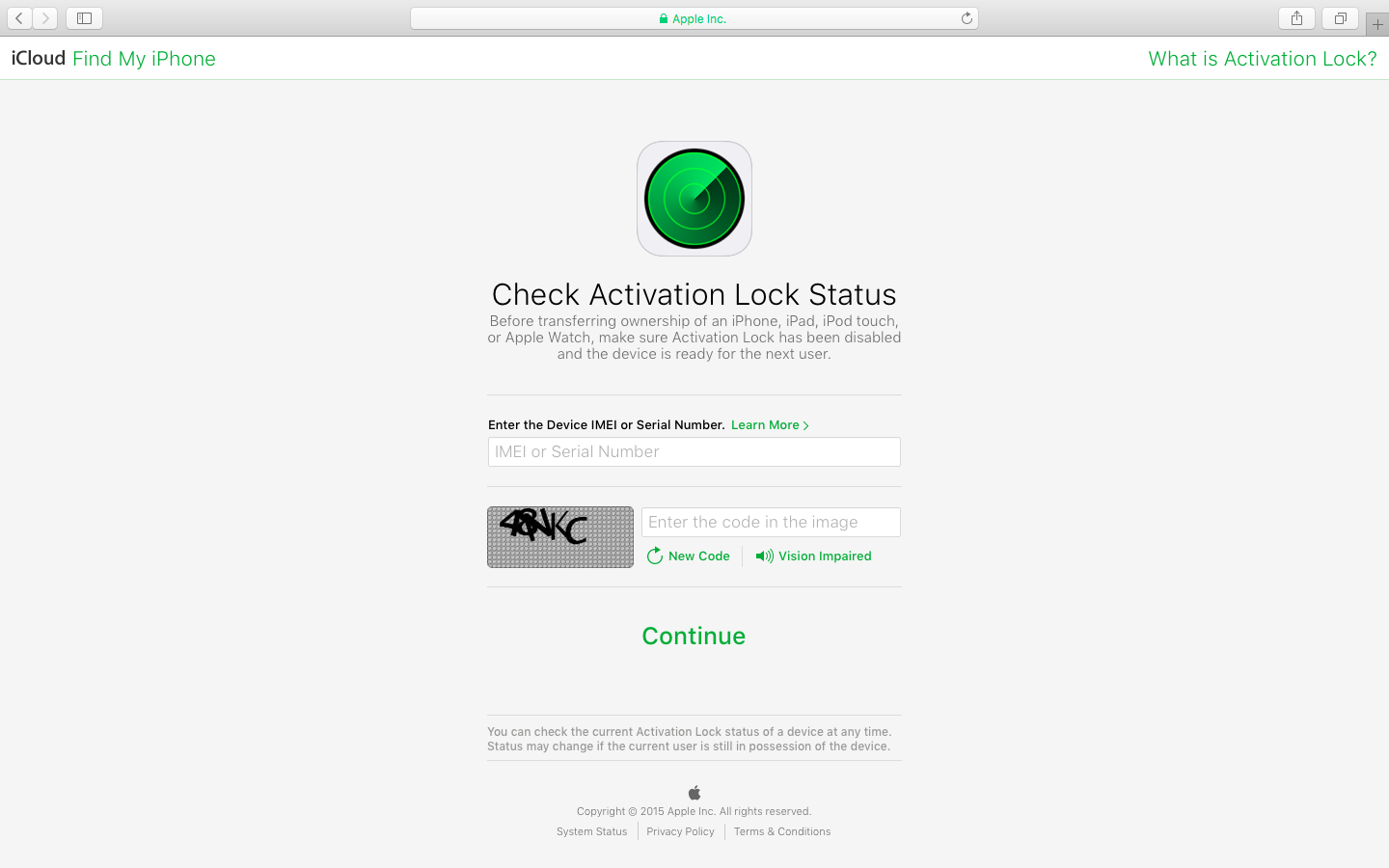 Always meet in a public place

If there’s an Apple Store near your location, meeting there is probably your best option. You and the seller could schedule a meeting with one of the geniuses to see if the iPad has any problems or things that you should be concerned about.

If you don’t live close to an Apple Store, meet the seller at a bank. Meeting at a bank means that you can quickly access cash, meaning you don’t have to walk around with hundreds of dollars in your pocket. Most banks have some sort of security, so the risk of getting robbed is greatly reduced.

If a seller is unwilling to meet you at an Apple Store or a bank, you’re probably better off paying a bit more for your used iPad.

Have the seller reset the iPad in front of you

Have you ever bought a used iPad? What are some of the things that you watch out for? Let us know in the comments below.