Lightricks’ Enlight Pixaloop is a popular photo animation app that makes it super-easy for just about anyone to animate photos in minutes. It also comes with sky packs, camera FX, and overlays to give your photos that extra oomph, so it’s no wonder why so many people are loving this app.

With Pixaloop, you can animate all kinds of element in your photos whether it’s a horse running through the field, steam coming out of your coffee mug, or waves in the water. It also lets you move elements in different directions simultaneously which you can use to create unusual and trippy effects like building tiles moving in a loop or a river flowing in both directions at the same time!

One of the standout features on offer with Pixaloop is that it’s incredibly easy to use. Its intuitive system of paths and anchors enable you to easily add animation effects to photos by segmenting them. For each photo, you’ll have a part of the photo that moves and other parts that are frozen in time.

In addition to this, you can play around with Pixaloop’s geometric motion feature that lets you add spinning effects to your photos. For instance, you can create spinning umbrellas or bring old monuments to life.

Enlight Pixaloop allows you to add unique animation effects to your photos with only a few taps and swipes. The app supports 16-bit and raw images for processing. Using a combination of anchor points, arrows, and the Freeze brush, you can create all sorts of neat effects. 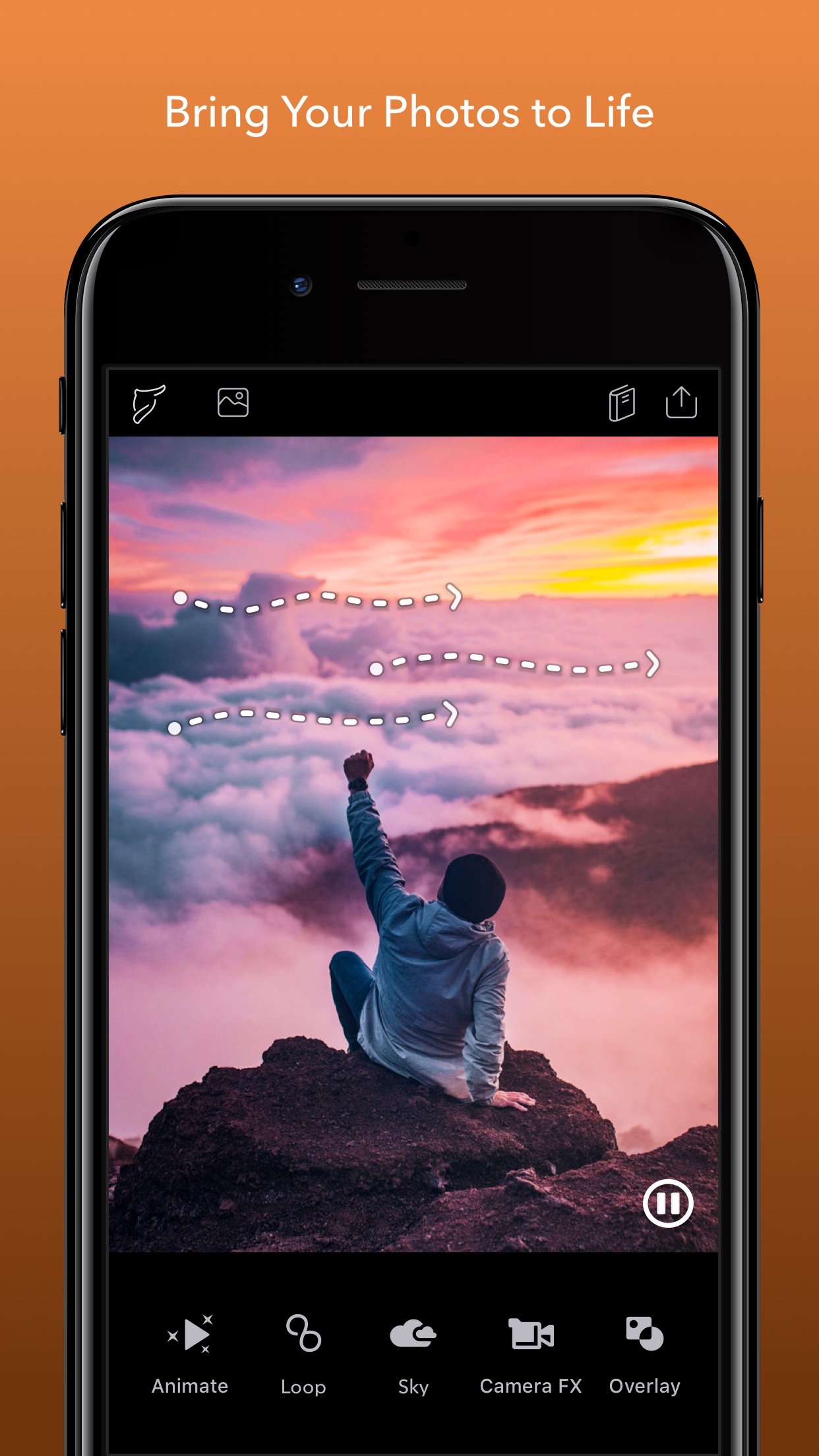 Here’s a quick explanation of what you can do with each tool:

You can use these tools in combination to create different types of animation effects such as moving water, hair or clothes blowing in the wind, or clouds moving across the sky.

Getting started animating your photos with Pixaloop is easy. Just like with other photo and video editing applications, you begin by choosing the photo you want to add animation effects to. It’s a good idea to go with an image that has natural elements in it. Once you’ve picked out a photo, simply go to the options in the menu and adjust the animation’s loop, play around with the arrows, anchors, and freeze brush, add camera FX for ending your animation with a smash cut, or add grainy film effect to your photos using overlays.

For example, if you want to animate a dress in your photos, simply point the arrow in the direction you want it to flow. You can use the Freeze brush to make sure nothing else in the photo moves. Following our example, you might have to freeze the background and your shoes. Similarly, anchor points will let you reduce the animation speed around different parts of the flowing dress to give your animation a natural look and feel.

With the increasing number of photo and video apps available on the App Store, you’d ideally want something new that lets you stand out from the rest while allowing you to add stunning effects to your photos. This is where Enlight Pixaloop truly shines. 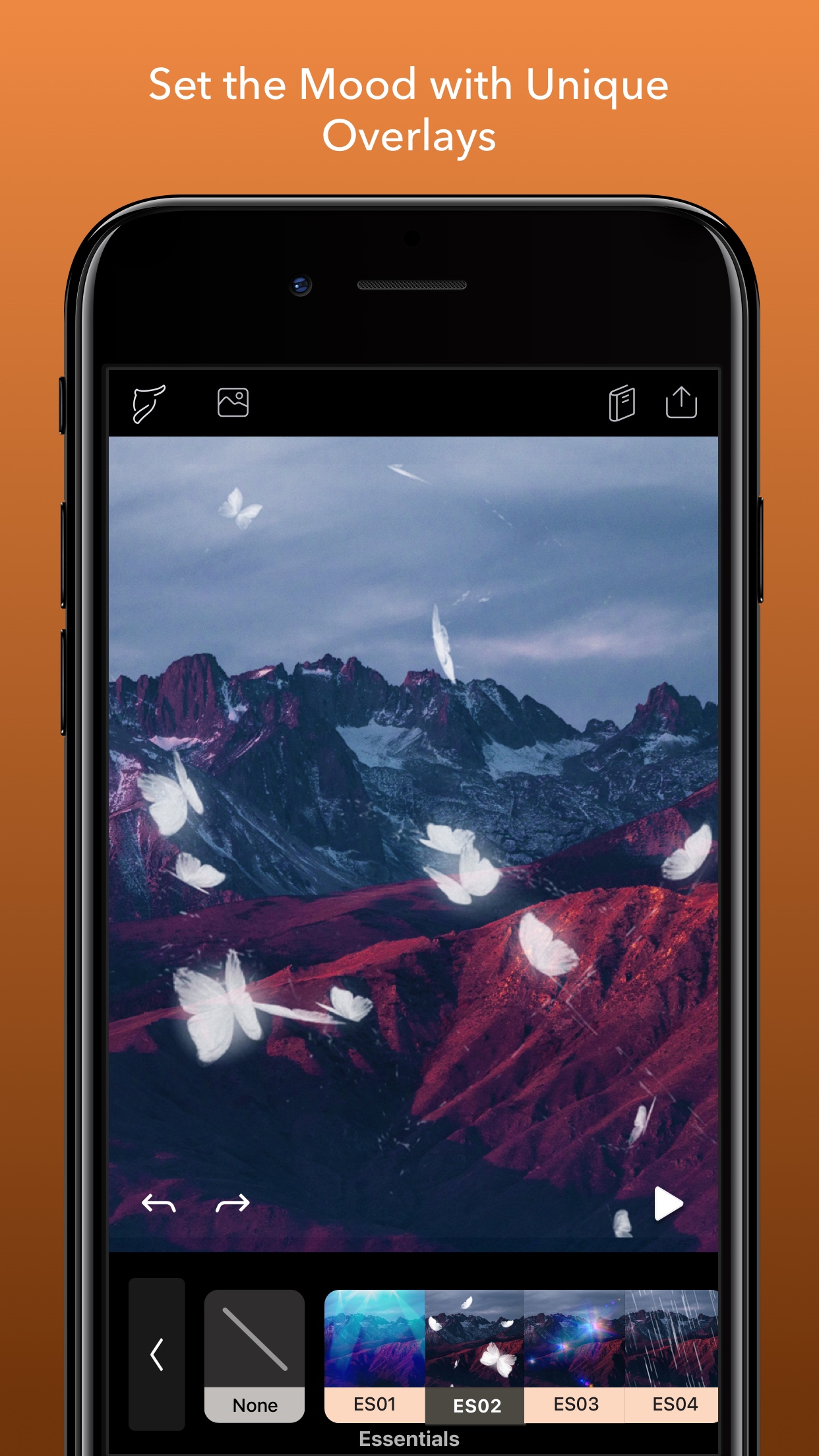 Here are some of the main features you can expect to get with Enlight Pixaloop: 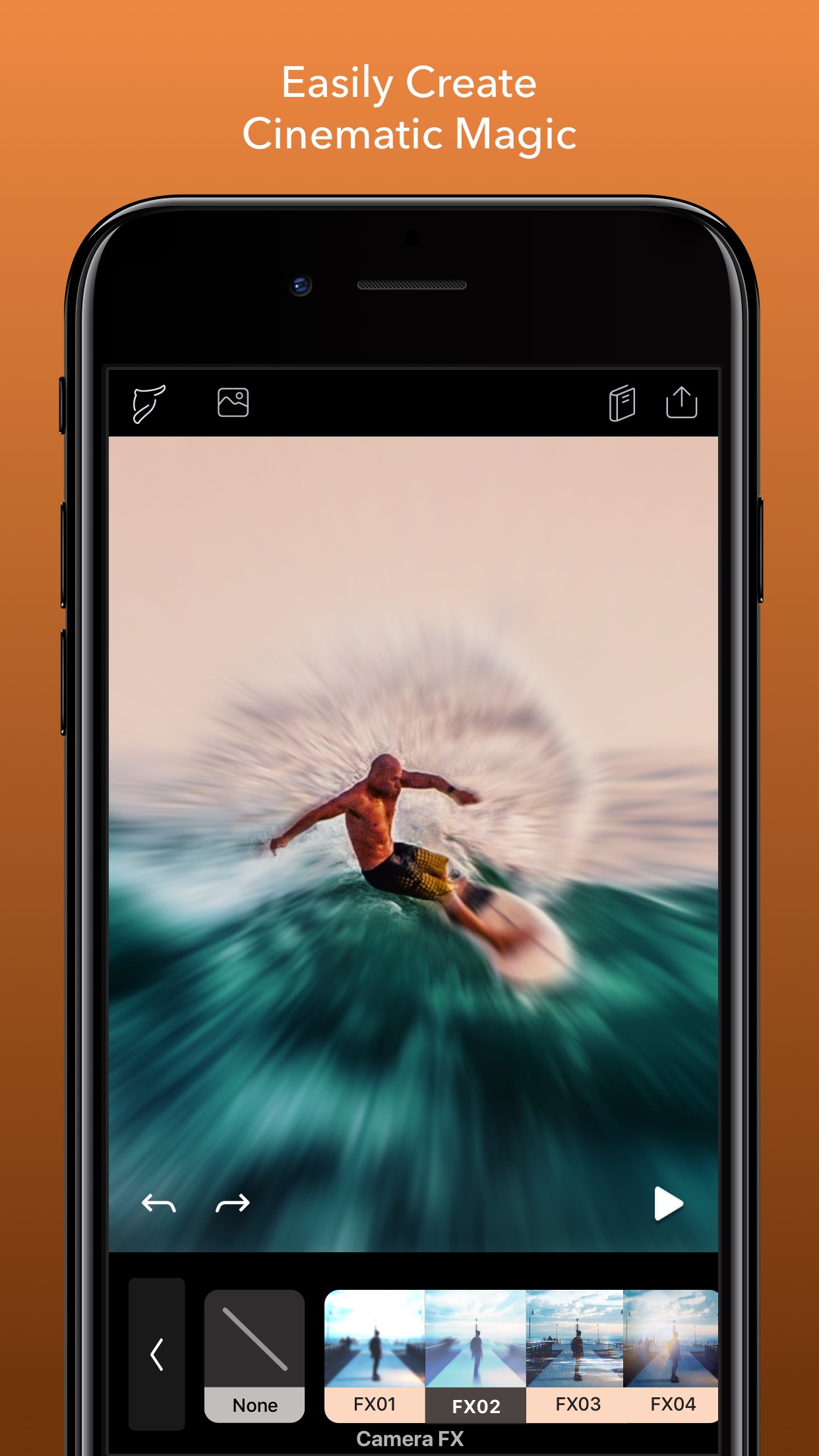 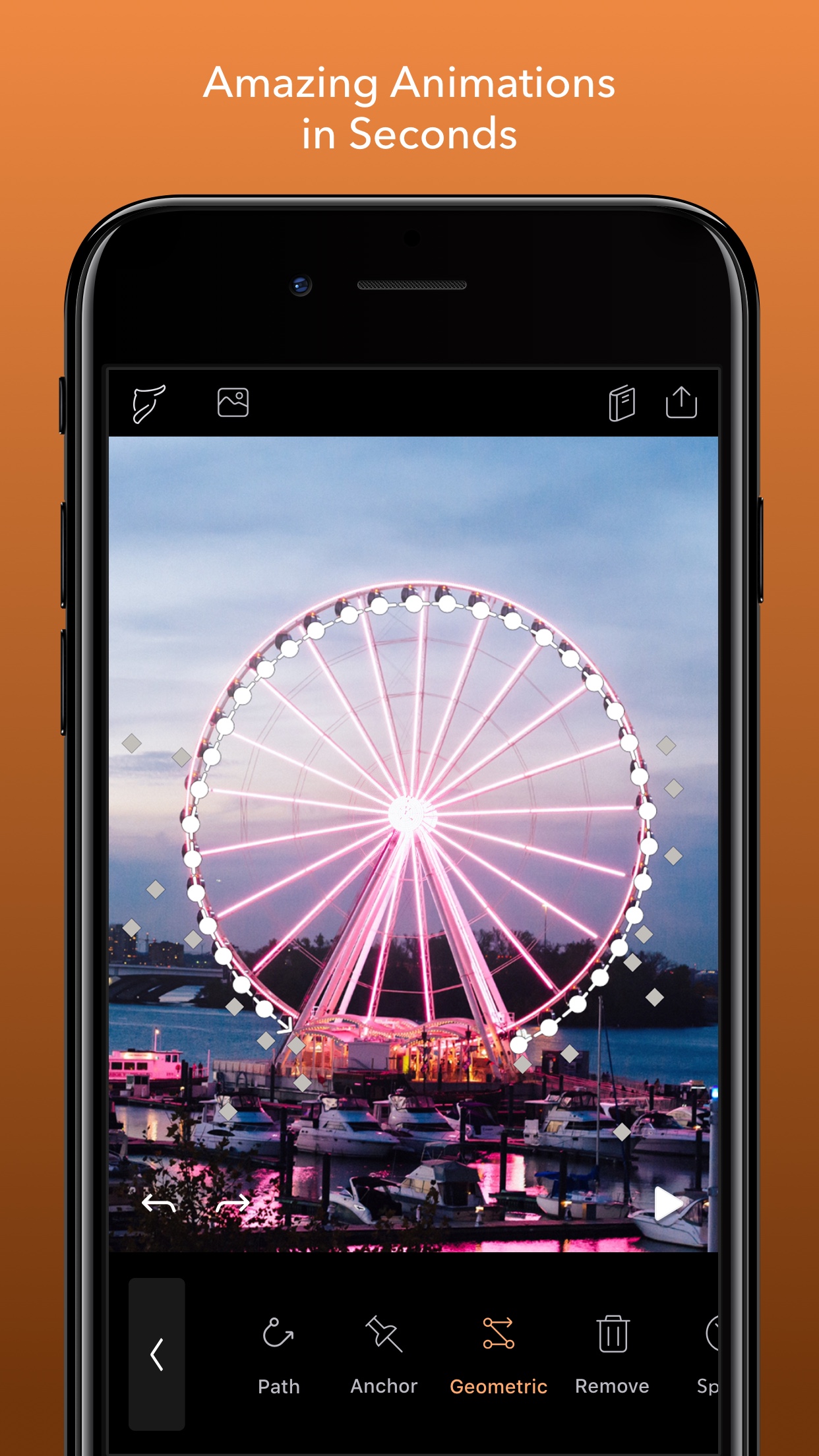 Pixaloop is free to download from the App Store with plenty of free features that will do wonders to your Instagram Stories.

There’s also a paid subscription model that determines which in-app purchases and effects you can get access to. Signing up for the subscription gives you unlimited access to certain premium features and content in addition to newly-released tools and future updates.

The monthly subscription for Enlight Pixaloop Pro starts at $3.99 for one month or $19.99 for an entire year. You can also choose to unlock all premium features forever by paying a one-time fee of $55.

Englight Pixaloop packs an intuitive interface along with many animation features that let you add life to your photos. This app can be used by anyone who wants to add visually-appealing yet natural-looking animation effects to their photos and rack up Instagram likes along the way.

And with Lightricks releasing new features and updates on a regular basis, you don’t have to worry about running out of animation ideas anytime soon.

Ready to add animation effects to your photos and up your social media game? Let us know which feature you loved the most in the comments section below!