You are here: Home / Games / Top Free IOS Simulation Games to Play in 2020 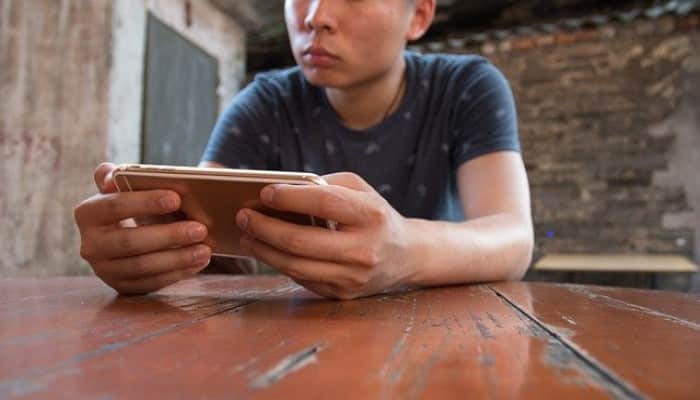 2020 has been one of the most challenging if not the weirdest year of the third millennium. Needless to say, most of the conspiracy theorists out there think that we are almost living on a simulation bubble. Although the clear and present danger of the invisible threat plaguing the planet is still out there, our long wish of having an extended weekend has indeed come true. Still, the year isn’t over yet and who knows what other surprises this year has in store for us in the coming months.

Anywho, since we are all trapped in this simulation-like scenario, why not take advantage of it by creating or jumping into a simulation using our very own Apple devices. With that said, let’s take a quick overview of some of the most iconic IOS simulation games we can play not only on our iPhones but our iPads as well. After all, it’s not all the time that days off are handed to us by the boatload.

Before we get started let’s do a quick overview of what makes a game part of the Simulation genre. For starters, the simulation genre is considered a super-category, which means that it comes with tons of subcategories. Some of the most common or basic subcategories of simulation include city-building/management, digital pet, adventure, god game, social, sports, and vehicle. One of the main purpose or objective of a simulation game is to copy, imitate, or create a realistic if not a near-realistic rendition of real-world activities.

Most of these titles are designed for skills enhancement or training while others are for an immersive experience.  Now, we might not be able to cover all of the subcategories since we will only be covering the best of the bunch. So if you are new or a veteran player of simulation games, then, consider checking out some of our handpicked titles for the IOS below.

Sports simulations are some of the most exciting if not the most addicting titles in the genre. The titles on this list, however, are not as serious or as detailed compared to the real thing. Nevertheless, they do a great job of simulating the sports game they represent. Baseball Boy is one of those sports simulations that is hard to put down. This game is so addicting that you can play it on your iPhone or iPad until your battery runs out. Although it’s not a full-fledge sports simulation, the fluidity of the batting mechanics in the game is hard to ignore. Not to mention that this title is available free of charge with subscription options. So if you miss going to batting cages, then, you better give this title a shot.

Asphalt 9: Legends for those who are new to the title, is one of the best if not the most detailed street racing games you can play on your iPhone or iPad. Gameloft is not kidding when they decided to include the word “legends” on this game’s title. Asphalt 9 like Baseball Boy is also not a full-fledged simulation game, however, the vast number of licensed cars in its collection along with the customization options in the game will make you feel like you are on a real street racing competition. The best part is that this game comes from Gameloft, known for the development of the best free-to-play games on the platform. So if you ever get the need for speed, then we suggest getting this awesome title on your Apple device. Hotel Empire Tycoon is an idle game that falls under the tourism management simulation category. As the title suggests, the game allows players to manage, oversee, and create their own hotel empire. As an idle game, all the players need to do is sit back and make decisions like managing the hotel’s workforce and expansion. In addition, players can also organize events for the patrons of the establishments to satisfy their needs. That said, if you want to become a hotel magnate then this is one of the best simulations you can play on your iPhone and iPad.

Adventure Simulation is pretty much explanatory. Players take the role of an adventurer/builder who travels the world in search of exciting quests and other activities. Although there are quite a number of adventure simulation games out there, one game stands out from the rest. Not only does this title comes free of charge but also works perfectly well with your IOS device. The Elder Scrolls: Blades is a spin-off of the iconic The Elder Scrolls series by Bethesda. This free-to-play title allows the player to take the role of an exiled adventurer who must rebuild his home. To do that, the mighty adventurer must venture into the world and partake in various quests, arena battles and so much more. If you are in the mood for an adventure but can’t get out due to lockdowns then, you definitely should check out this game.

There are tons of simulation titles out there, the examples given on this page are but a speck of in the saturated genre. Nevertheless, these are just some of the best free-to-play titles out there that you can play on your iPhone, iPad, or through the MAC using a game launcher. To that end, if you have something on your mind or want to mention a title we might have missed, then feel free to leave a comment down below. As always, stay safe and happy gaming.

Jonathan J Kingston is a video game enthusiast, gamer, and a veteran video game news writer for Games.lol. He spends his free time hunting for free game sites and testing their reliability.