by Alexander Fox 6 years ago3 months ago
2

In a world that’s becoming increasingly multicultural, knowing more than one language is becoming more important than ever. Use the language learning apps below to get started on your language journey. 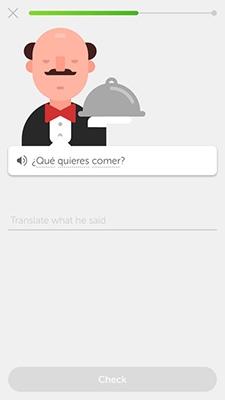 Duolingo has been around for a while, and it has gained a lot to recommend it in that time. The app sports a well-designed interface, a strongly gamified approach, and a large user base. Right now, English speakers can take courses in Spanish, French, German, Italian, and more—even Esperanto.

Duolingo was one of the first apps to use a gamification approach to make learning languages a little easier. If you’re not familiar with how that works, the app uses principles of game design to make learning a second language more intuitive and less academic.

To this end, the lessons are short and focused on specific concepts, made up of a handful of different exercises. The majority of the lessons rely on students translating from their second language to their first by dragging around tile blocks or typing. Periodically, you’ll also be asked to translate from spoken language or have to test your pronunciation against the app.

As fun and popular as Duolingo is, anyone looking for rigor will be disappointed. The app focuses on a learn-by-doing approach, with little in the way of formal grammar or structured vocabulary instruction. This is the way that young children absorb language: intuitively, without the need for specific instruction. This approach might be less effective for adults, but there are worse ways to kill five minutes day. 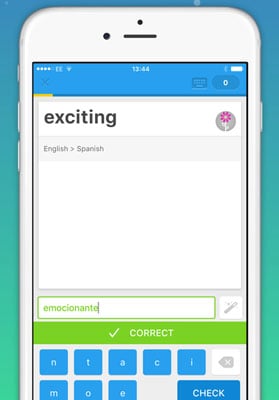 Like Duolingo, Memrise takes a gamification approach to language learning. Unlike Duolingo, it’s more of a flashcard app than a dedicated language-learning app. You’ll find short, episodic lessons here, which focus on drilling basic vocabulary repeatedly and gradually adding new words. Progress is measured by the number of words that you’ve successfully learned.

The app stresses the memory aspect of language learning, with a design that’s intended to make it easier to remember the material. It’s all about well-timed repetition to avoid forgetting key words, which will be a familiar concept to any college student. For the more academically minded, Memrise is a great addition to an app like Duolingo. 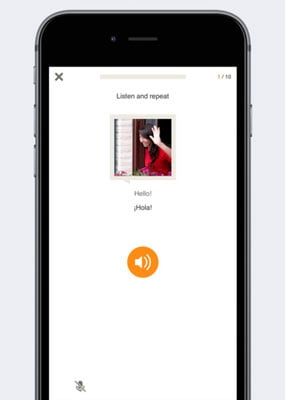 You might start to sense a theme soon. Babbel isn’t dissimilar from Duolingo: it gamifies language learning with a series of bite-sized lessons. The wrapping paper is a little different, but the fundamental concept is approximately the same. However, from testing, it seems like Babbel has more of a conversational focus. It also throws more at you at once, but without feeling overwhelming.

It includes plenty of the one-word and short-sentence translation games that make up the meat of Duolingo. But Babbel also has a cool “conversations” option, where you’ll insert the correct word into an ongoing virtual conversation. It also provides a broader range of free content than the other apps, though the interface is not as smoothly designed or easy to use. Not that it’s difficult to use, but Duolingo sets the bar for a good interface in a language app extremely high. 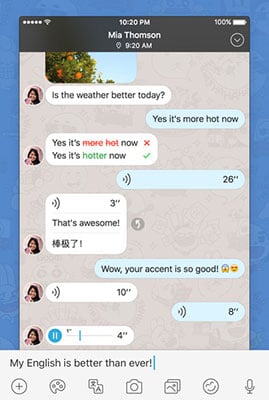 One of the most challenging aspects of learning a new language is feeling self confident when speaking. Even if you know the written language well, speaking with a strong accent and hearing “Qué?” over and over again can be demoralizing.

The app pairs language learners together, matching you with a native speaker of the language you hope to learn. I got matched with a Spanish speaker trying to improve his English, and so far it has been helpful. You can use voice chat or text messaging, and any errors you make will be corrected by your language partner.

These conversations are an encouraging way to improve your facility once you’ve got a basic grounding in the language. And it’s perfect for picking up the more vernacular aspects of a language, like slang and swearing. 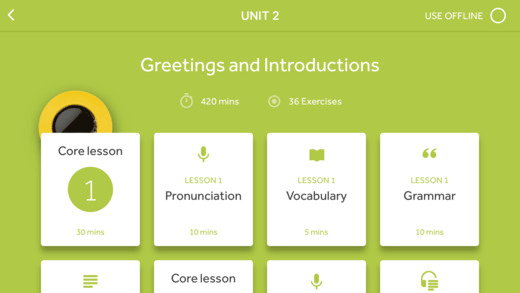 The Rossetta Stone program has a lot to recommend it. The software is the choice of the U.S. State Department, which frequently needs to train its employees in new languages quickly and effectively. Its major downside is the expense: language packs for the base application start at $100, with a full program running closer to $200.

The Rosetta Stone app minifies the program into a freemium format, offering a limited number of lessons for free. Full language packs, which include five levels and are available for the majority of commonly spoken languages, will still run you $200. However, if you’re serious about learning a language, Rosetta Stone is the closest you can get to a method that guarantees success.

Learning a language is a long-term process, and success requires a significant time investment and patient practice. If you’ve got a strong motivation to learn a language, a formal program like Rosetta Stone is great. But if you’re just looking to pick up some basic facility with another language, Babbel or Duolingo are excellent options.