by Apple Gazette 11 years ago11 months ago
2

Ever wanted to learn a new language? Or maybe you need to speak a different language, for work or personal reasons? Here are seven apps that will help you talk smartly in nearly any nation on Earth. 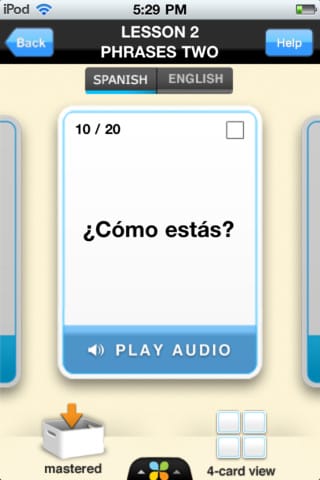 The standard bearer for language-learning apps, this series of apps from Random House Digital presents real language courses that teach vocabulary and grammar with some fun interactive games thrown in. The free download gets you eleven free lessons, but you can unlock the full app for $14.99, getting you all 46 lessons. Random House Digital has similar apps available for learning French, Italian, German, Chinese, and Japanese.

Learn a Language with Michel Thomas for iPhone 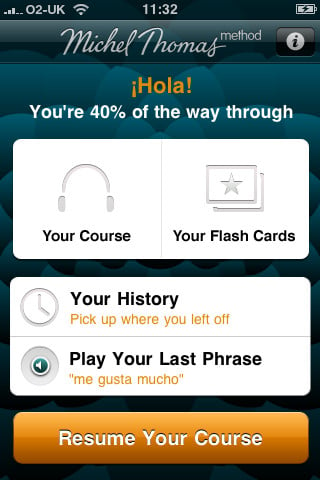 This one hails from the U.K., where Thomas’ method for learning new languages has garnered some heavy-hitter endorsements from the likes of Woody Allen, Emma Thompson, and Stephen Fry. Thomas teaches you with a simple, but highly effective process: “you listen, he explains, you speak.” Lessons run an hour a piece, and you buy the hour/lessons you want from inside the free app, for $4.99 a pop. Lessons are available for Spanish, French, Italian, and German. 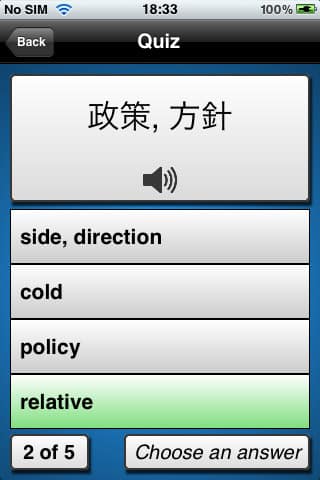 Learn Chinese Quick puts its focus on efficiency above all else. It’s basically a flashcard app, but there’s a nice feature that quizzes you on how much of a language you may already know, and then dynamically adjusts the available flashcards to weed that stuff out, letting you zero in on words that are new to you. The free app includes 250 cards, but there are 1,000 total flashcards available for a $.99 in-app purchase. The Learn Quick series also offers apps available for Spanish, French, Italian, and Hindi. 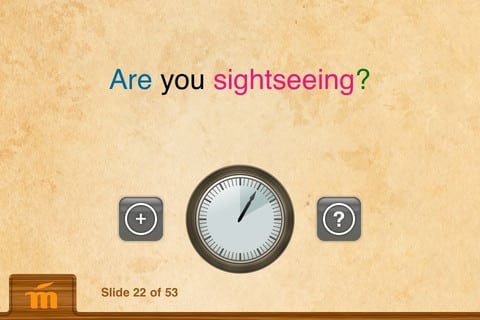 One of the most comprehensive apps is also the most cost-effective — it’s free! No in-app purchases, no nothing. It offers classes for 35 foreign languages and 15 English-as-a-second-language. The catch is that it requires a connection to your local library, and only if your library has a Mango Languages subscription. It teaches not only vocabulary and grammar, but also pronunciation (by native speakers) and helpful cultural tips, such as slang usages of common words. 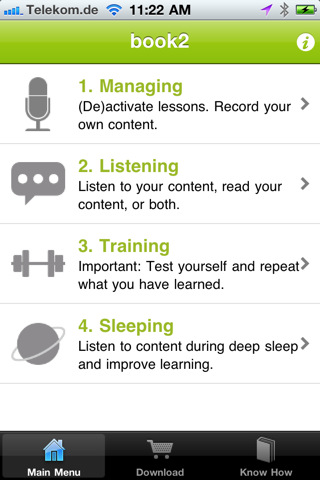 This one uses a novel 3-step method: you learn while listening, training, and sleeping. The app actually monitors your sleeping patterns and activates itself at the right time, playing its short sentences while you’re asleep, to enhance your recall. Lessons are available in-app for 40 different languages, but they’ll run you $3.99 each for anything more than a language’s first chapter. 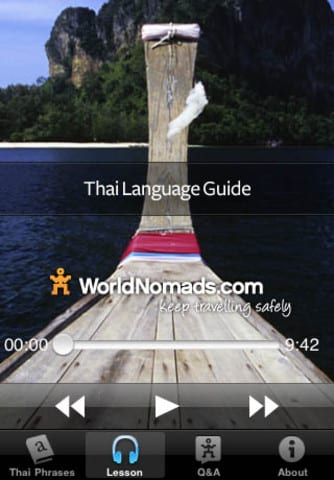 The official app of WorldNomads.com provides this 100% free learning experience that will help any world traveler speak to natives. Every phrase is presented in common conversational language, though it should be noted that this is not a comprehensive teaching/learning app. It’s meant instead to help travelers quickly and easily talk in languages foreign to them. Nearly 30 apps like this one are available (and almost all of them are free), and they cover not only the most common languages like Spanish and French, but also languages that few other apps touch on, such as Cambodian, Indonesian, Swahili, Vietnamese, and many more.

Hebrew in a Month for iPhone and iPad 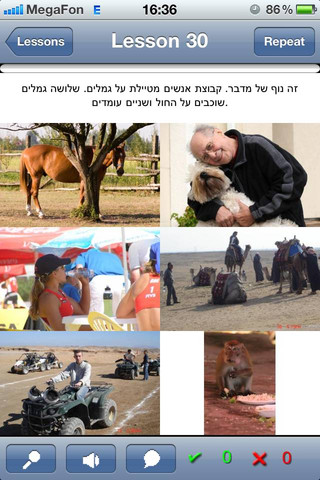 The “…in a Month” series of apps (which offers 14 languages for you to learn) teaches you to “overcome your psychological barriers” to understanding how other languages work. You’ll learn how to study other languages, using the same English skills you already have (but may not be cognitively aware of it). Most of their apps cost around $2.99 for iPhone versions and $3.99 for iPad versions.

Simon Carpenter is an Apple enthusiast and avid traveler who loves to study Asian languages. Currently he is preparing for a trip to Thailand where he will learn Thai in Bangkok.