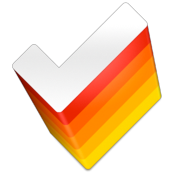 iPhone Clear users, rejoice! Now you can make those awesomely simple to-do lists on your Mac, too. And best of all, the two versions of the app sync together.

Rather than simply copy Clear from iPhone to Mac, Impending Inc., along with its development partners Realmac and Helftone, rethought the app entirely. They realized that a Mac version of Clear would have different needs to conform to the keyboard-and-trackpad (or mouse) interface. Gestures would still be possible, but they would need to be honed considerably to eliminate unnecessary steps so that the app kept up the standards of simplicity that the Clear brand represents.

The result is an app that both works just as quickly with the Mac’s interface, but also takes full advantage of what the Mac can do. For example, the iPhone version allows you to see just one list at a time, but the Mac version has far more screen space to work with, so you can view multiple lists in their own windows. There’s much more to it; watch the video above for a look at how the Mac app works.

Clear for Mac also syncs with iCloud, as does Clear for iPhone, thanks to an update to the software, so both apps work in tandem. To paste lists into the iPhone app, just shake your device. Clear revolutionized to-do lists with its unique, entirely gesture-based controls and clever visual interface.

The Mac app sells for $13.99, which is considerably more than the iPhone version, but for its launch, Realmac is selling it for half off.