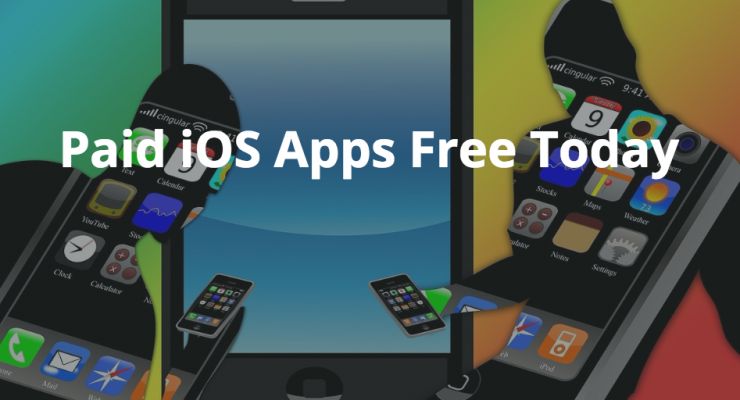 What better way to start a new month with some paid apps free today – or the next few days?

Well, maybe a free iPhone or iPad, but since we can’t get that for you, here are some apps to download and have fun with.

– Race your way through grassland, icy tundra, dangerous desert and perilous volcanic terrain.
– Beat mountain flagbearers to gain medals and unlock progressively more challenging routes.
– Challenge the world to climb the global leaderboards.
– Collect apples to help you dash your way through hazards.
– Earn yak coins to customise your yak and rider, and make them stand out from the herd.
– Flip your way to glory – perform crazy back and front flips for extra speed boosts

In Piloteer, a whimsical and serenely challenging physics-based game about learning to fly, a renowned inventor is determined to overcome the stigma associated with flying a jetpack and convince the world that jetpacks should be revered by all.

Blending elements of both physics and trick-based games, players will need to maneuver their state-of-the-art jetpack through the skies while completing a myriad of increasingly difficult missions to change public perceptions.

Players will find themselves immersed in a wholly integrated physics simulation, making the beautiful world around them feel dynamic, unpredictable, and alive.

Ridiculous failure is imminent in Piloteer, making the accomplishments along the way feel all the more rewarding. Put on your jetpack and take to the skies!

Swords and Crossbones: An Epic Pirate Story is a comedic role play adventure. Duke A. Blizzardo the most feared pirate in all the seas has kidnapped your friend and employer. Hook up with a zany crew of swindlers, cut throats, and hooligans in this whirlwind adventure involving ancient treasure, pirate lords, tourism, killer parrots, and mad mad monkeys.

Explore the islands of the Antipodal Archipelago. Sail the three oceans, including the volcanic waters and the frozen seas. Find ancient shipwrecks, battle for lost treasure, build and upgrade your pirate ships to accommodate your ever increasing crew!

Organize and develop your own pirate island. An entire build mode lets you manage the exact layout and functionality of your hideaway as you use it as your base of operations for your escapades.

Customize the load-out of each and every battle ready member of your pirate entourage. You’ll need every sword, every buckler, and every ability you can spend your points on for the dangerous flintlock and cutlass filled battles that await you!

No in-app purchases. No permissions required. Just a simple pay to download indie game that we hope will provide you hours of challenging fun.

Will you be the first to place all your tiles on the table for a win? Enjoy endless fun with this easy-to-play interface.

Play Domino anytime, anywhere against one or three opponents. Mix your opponents between CPU or friends and family in a pass-and-play mode.

Or play Domino online against real people from around the world.

Warning: In-app purchases that may take away from full enjoyment of the game.

Prepare for Valentine’s Day With These Apps