If you’re like most iPhone users, your phone has probably replaced your clunky digital camera. You’ve probably also got tons of photos on your phone, and while you might have had the urge to organize them, it’s just such a hassle to go through all of them – delete, sort, and place in albums. Especially if your little kids like taking selfies of themselves the moment you put your phone down.

Fortunately, there’s Sortpad, a photo organizer app for iOS that will make your life easier. 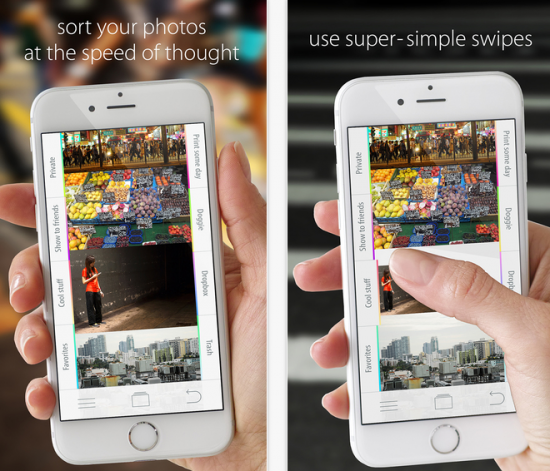 Sortpad still “makes” you sort your photos manually, but it does so in an easy and aesthetically pleasing way.

The app tagline is “Sort your iPhone photos at the speed of thought”, and while that might be questionable, it does make photo sorting less of a chore. From creating your own albums to the use of swiping gestures to quickly delete and move photos, you’ll quickly like the app.

And, guess what? It’s free!

The caveat: you need in-app purchases to get the most out of the app.

You need to sign in – either with your email or Facebook to use the app, and then you’re good to go.

Get Sortpad. Try it out, and decide if you want to go pro.

You might want to read: SendDelay App Allows You to Stop iOS Messages From Sending