Mobile phone addicts, if you want to deal with your problem, and you have gone past the first stage of acceptance, then there’s an app for you. That’s no typo up there, because there really is an app for that: the Mr Offlime cure iPhone addiction app. 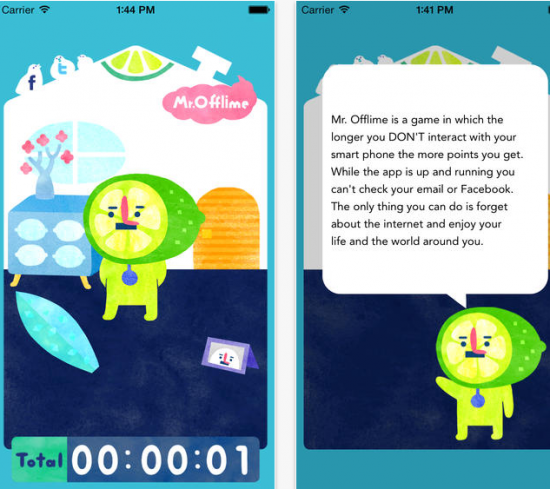 Ironic as it may seem, Mr Offlime has to be installed on your phone to work. It’s a gamified app tracks how much time you spend doing things on your phone such as playing Bejeweled Blitz, Game of War, Clash of Clans, Diner Dash, or whatever floats your boat.

Developed by a Japanese team comprised of a programmer, designer, and concept artist, Mr Offlime’s icon might remind you of that old electronic toy that captures the hearts of people worldwide: the Tamagotchi (which is still around, by the way).

The difference, though, is that with Mr Offlime, you can configure it in various ways so that your phone is locked down or certain apps can’t run for a period of time. Say you want to curb your time spent on Facebook; you can then set the Mr Offlime to lock the app so you can’t use it until the lockdown time is up. You can also set it up so that the phone itself won’t work.

With the addiction to mobile phones being rampant – although not many will admit or accept it – an app like Mr Offlime might just be useful, as ridiculous as it may seem at first.

To be honest, I am tempted to use the app during the rare times I go out with friends or when I am working.

The app is free, and compatible with the iPhone, iPod Touch, and the iPad. You can download it here.

3 iPhone 6 Accessories for the Fitness Buff

4 Halloween Apps to Enjoy Any Time of the Year