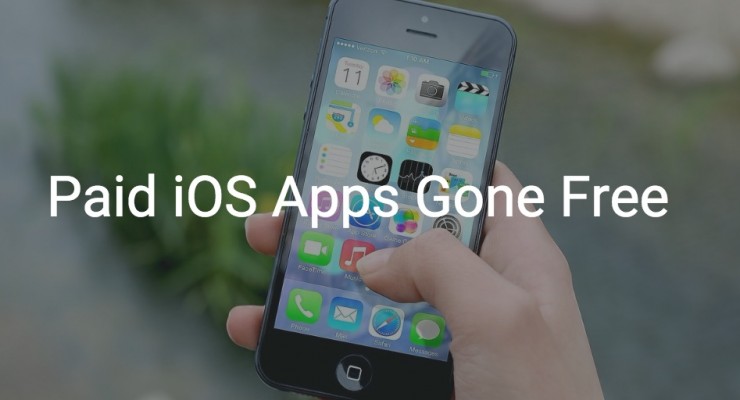 Who’s gotten their new iPhone? Is it as good as they say it is, and are you enjoying it?

Well, whether you’re still using your old iPhone or you have the latest model, here are free iOS apps that you can download.

Let’s start this week’s list with a very timely app. With so many TV shows airing again this month, Trak TV Show is going to be your best friend. Track your favorite TV show airtimes, episodes, learn trivia, and more.

With iCloud synchronization, you can find all your TV shows and watched episodes on all of your iOS devices.

“In Edge Of Oblivion: Alpha Squadron 2, you get the chance to jump into the cockpit of a powerful starfighter and join the galaxy’s most daring pilots as they face off against the evil Hadian Empire. You’ll engage in perilous battles against hordes of enemy fighters, lumbering mechs, gigantic tanks and huge capital ships.

Aerial conflict takes place in a variety of beautifully rendered environments including snow, deserts, highlands, oceans, volcanic lava fields, alien cities, amazing deep space locations and even the interior of a massive space station. Watch out for dangerous combat hazards such as space mines and asteroids as you fight your way to victory in each of the eight starfighters, bombers and assault craft at your disposal. Edge Of Oblivion features stunning visuals and sound, be prepared to immerse yourself in an intense action-arcade experience!”

With Sentinel 4: Dark Star now available, Origin8 is celebrating by giving away the third installment of this sci-fi tower defense franchise. As I’ve said before, there is always room for another tower defense game. If you’ve played the previous versions, then you might already have this game; if you don’t, then there is no better time than now to get it.

This app is a Typography Generator, Cool Fonts Pic Design and Instant Creative Text over Photo Editor. Too much to digest?

Here’s what you can actually do using the app.

Some people don’t need any prodding to work out. Some need a little help. If you belong to the latter group, maybe this app can help.

It provides workout routines and machines and weights training. You’ll probably need to buy some weights and other equipment, though; and you have to go for in-app purchases to unlock more workouts.

Check out: 5 Scary iOS Games to Gear Up for Halloween