Blue Downloader App Allows You to Torrent on iOS

Torrenting is certainly not going anywhere. Not too long ago, we heard about TorrenTV, which allows you to stream movie torrents directly to your Apple TV. 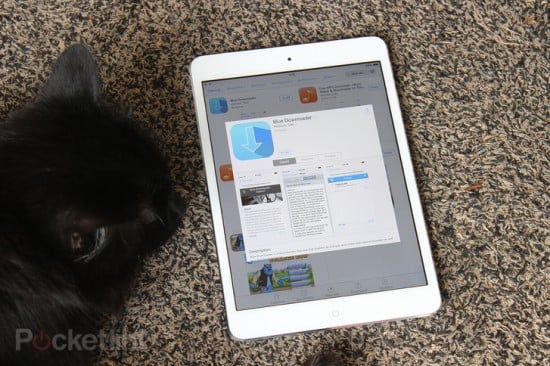 Now we hear about a new iOS app called Blue Downloader, which allows you to torrent directly on your iPhone and/or iPad.

It’s certainly a novel occurrence, since we know just how strict Apple is when it comes to approving torrent-related apps for its Store. Of course, we understand that rationale – the legal tangle one can get into with torrenting.

Blue Downloader has been approved for the App Store, though, and is available for purchase for $2.99.

How did Blue Downloader get approved? Developer Harrison Tyler tells TorrentFreak that he took some “precautions”. That is, you can control and add torrent downloads via the app using a built-in browser. The torrents are downloaded to the iOS device.

However, you cannot use sites such as The Pirate Bay or KickassTorrents as your sources. Instead, there are whitelisted sites, which are deemed “safe” – Archive.org, Linuxtracker, and Bitlove.

Did just burst your bubble? It’s better than nothing, right?

Then again, we don’t know if Apple will continue to be lenient in this case. Who knows if Blue Downloader will stay in the App Store for long?

What do you think about Apple’s stand on torrent apps?