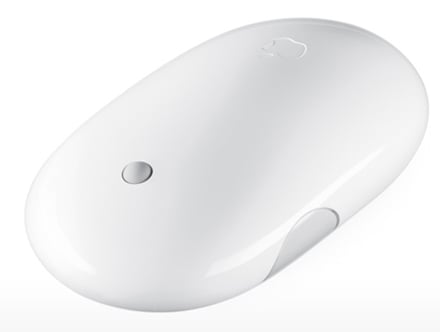 Apple is being sued, yet again, this time in Maryland by a company called “Man & Machine, Inc.” over the name of Apple’s Mighty Mouse. Yesterday the company filed suit against Apple and television network CBS in a Maryland District Court. The suit alleges trademark infringement related to use of the “Mighty Mouse” trademark.

So how does CBS fit into all of this?

“Man & Machine, Inc” make a a waterproof mouse, which they call the Might Mouse. This device was sold and marketed a year and a half before the Apple Mighty Mouse made its debut. Man & Machine applied for a trademark for the name, and believes that Apple is infringing on that mark by selling a similar product in the same market with the same name. M&M are worreid that the Apple product will cause confusion in the market place, and hurt their sales. They did, however, seem to forget to mention that their trademark application arrived three years after the product was released.

Apple’s use of the name “Mighty Mouse’ is where CBS fits into all of this as well. On Apple’s website it says that the name is licensed from CBS who own the cartoon character Mighty Mouse. CBS filed for a Mighty Mouse trademark related to computer peripherals, but it was after M&M had started selling their own product, so they believe that they application is invalid. If that were judged as correct, then CBS wouldn’t be able to license the trademark to Apple.

No idea on where this one is going to go, really, but it will be interesting to see if it stays in the news, or just quietly slips away like so many of these cases do.