Does the new NYC logo infringe on Apple’s trademark? You... 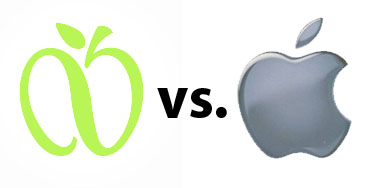 Apple and the city of New York are having a bit of a spat over the new GreeNYC logo. Apple feels that the new logo is too similar to their own logo and have made a formal attempt to block the trademark that the city has filed for the new logo.

Now, before we get into it, it is important to mention that any company that feels there is even a remote chance of the trademark being violated has to make an active effort to defend it, or risk losing their own trademark license.

Now, having a said that – I’m not really sure that Apple has anything to worry about here. You can see the two logos above.