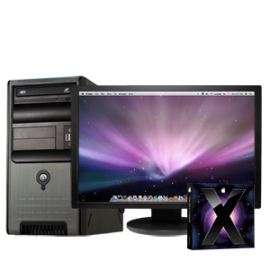 A federal judge has tossed out the antitrust lawsuit against Apple that was filed by “hackentosh” maker Psystar earlier this year. The lawsuit was seen by many as Psystar’s best chance of remaining in business.

Judge William Alsup of the U.S. Federal Court for the North District of California rejected Psystar’s argument that Apple was using anticompetitive practices to prevent companies from selling computers that run OS X. “The pleadings…fail to allege facts plausibly supporting the counterintuitive claim that Apple’s operating system is so unique that it suffers no actual or potential competitors,” he wrote.

Psystar has 20 days now to come up with a better argument, and if they can’t — they better get ready to defend themselves, because next it’s Apple coming after them for copyright and trademark infringement.