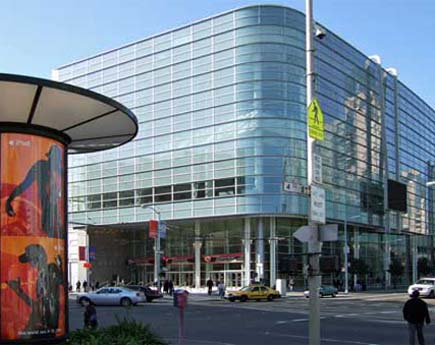 Apple just released a bombshell of a press release, not only announcing that Macworld 2009 will be the last time they exhibit at the show, but that Steve Jobs will not be giving this year’s keynote address.

Instead Philip Schiller will be giving the Keynote. The press release makes it clear that this is the last Macworld keynote for the company, but makes no mention of why Steve Jobs is not participating in the event.

Here is the press release in its entirety:

CUPERTINO, Calif., Dec. 16 /PRNewswire-FirstCall/ — Apple(R) today announced that this year is the last year the company will exhibit at Macworld Expo. Philip Schiller, Apple’s senior vice president of Worldwide Product Marketing, will deliver the opening keynote for this year’s Macworld Conference & Expo, and it will be Apple’s last keynote at the show. The keynote address will be held at Moscone West on Tuesday, January 6, 2009 at 9:00 a.m. Macworld will be held at San Francisco’s Moscone Center January 5-9, 2009.
Apple is reaching more people in more ways than ever before, so like many companies, trade shows have become a very minor part of how Apple reaches its customers. The increasing popularity of Apple’s Retail Stores, which more than 3.5 million people visit every week, and the Apple.com website enable Apple to directly reach more than a hundred million customers around the world in innovative new ways.
Apple has been steadily scaling back on trade shows in recent years, including NAB, Macworld New York, Macworld Tokyo and Apple Expo in Paris.

Apple ignited the personal computer revolution in the 1970s with the Apple II and reinvented the personal computer in the 1980s with the Macintosh. Today, Apple continues to lead the industry in innovation with its
award-winning computers, OS X operating system and iLife and professional applications. Apple is also spearheading the digital media revolution with its iPod portable music and video players and iTunes online store, and has entered the mobile phone market with its revolutionary iPhone.

(C) 2008 Apple Inc. All rights reserved. Apple, the Apple logo, Mac, Mac OS and Macintosh are trademarks of Apple. Other company and product names may be trademarks of their respective owners.