You are here: Home / Ads / Why Apple’s New iPhone Ads Miss the Mark 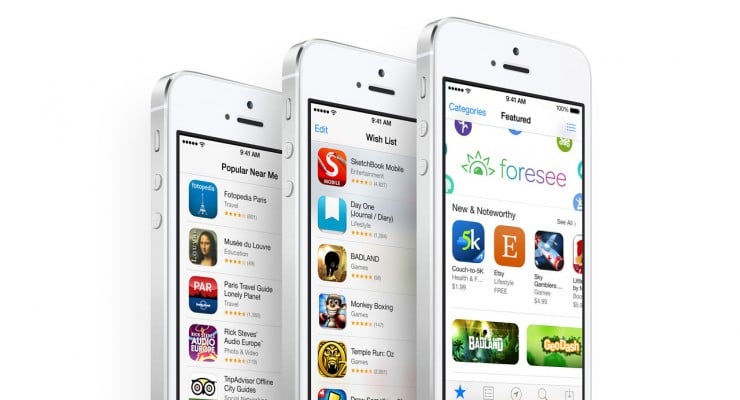 Just a little ahead of the potential announcement of the rumored iPhone 6S, Apple’s new “if it’s not an iPhone” advertisements represent the company’s newest sales pitch for its smartphones: an iPhone is distinct from every other smartphone on the market. But how well do these ads actually deliver that message? Apple’s “if it’s not an iPhone” campaign looks just as visually appealing as any other Apple campaign we’ve seen, and the individual ads that make up the larger campaign are selling very specific ideas, including Apple’s integration of its hardware and software, iPhone users’ satisfaction with the iPhone and the sheer amount of apps in the App Store. These iPhone ads seems to be targeted toward people who don’t already have an iPhone, but it may be a little too complicated for most consumers who are not familiar with Apple.

In the first ad, a voiceover pushes the idea that Apple makes the “hardware part” and the “software part” for the iPhone. The voiceover is laid over a grid of iPhones, some turned facedown, emphasizing the hardware, and others face up with different apps dancing across the screens, showcasing the software.

The idea behind this campaign, the fact that Apple makes both its hardware and software, is strong, and Apple really should emphasize this as long as it can. Right now, Apple is definitely the most popular smartphone hardware and software company in the world, but Microsoft’s acquisition of Nokia is proof that Apple’s edge in this area may soon come to an end.

While Microsoft’s Lumia 640 XL isn’t a huge threat right now, the popularity of Microsoft’s Surface Pro 3 (and rumors of a Surface Pro 4) and the release of Windows 10 could make consumers want a new Windows-powered phone to complete the ecosystem.

Because Apple has been in this game for a long time, it experience making the hardware and software for its phones, but the new ad doesn’t explain why that’s important for most people. For a large portion of the smartphone-owning world, the fact that one company makes the hardware and the software for their smartphones isn’t really a big deal. In fact, it may actually work against Apple. Since Google doesn’t make all the hardware that runs its software, consumers have an absolutely huge selection of hardware to choose from, a point that Apple has tried to remedy with its current iPhone line that includes the iPhone 6 Plus, iPhone 6, iPhone 5S and iPhone 5C.

A lot of consumers just don’t see why it’s important for a company to make both hardware and software, and Apple isn’t telling that story. The “Hardware & Software” ad begins to make the argument but fails. It’s like a solution in search of a problem (or at least in search of a way to explain the problem).

This isn’t to say that consumers are stupid, but most people simply don’t care if two different companies make the hardware and software.

The “Amazing Apps” ad has the same problem as the “Hardware & Software.” The ad itself takes a similar structure as the “Hardware & Software” ad, but this particular ad stresses the App Store. The voiceover announces that Apple’s App Store is great because of the absolutely mind boggling number of apps available and the fact that they are handpicked, but what is the customer to compare the App Store with?

Again, most consumers don’t pay that much attention to the competition between iOS and Android, so why does it matter that Apple’s App Store apps are handpicked? Does that make them better, or does that just decrease the amount of apps I have to choose from?

For those of us who use the App Store, it’s clear why Apple’s handpicked selection of amazing apps is important: Apple’s App Store features quality apps that consumers love (and are willing to spend money on), but that’s not necessarily clear to people who have never used an iPhone before.

These iPhone ads, “Amazing Apps” and “Hardware & Software” could be much more effective, if they were were more targeted toward Android users who are thinking of switching to iOS. Right now, they seem to be targeting people who already love iOS.

Despite all the problems with the “Hardware & Software” and “Amazing Apps” ads, Apple knocks it out of the park with the “Loved” ad. It seems really cliché to say that it all goes back to love, but in this case, it does! The voiceover in this ad keeps it short and sweet: “99% of people who have an iPhone love their iPhone.” The rest of the ad is just a compilation of iPhones spinning around, showcasing what they can do, followed by the “if it’s not an iPhone” tagline.

Love is something that consumers can understand, and while love may be too strong of a word for the connection that people feel with their smartphone, it makes sense for this ad. Consumers can understand that on an entirely personal level. Other people are satisfied with this phone, so you will be, too. It’s the simplest ad in the series, and it doesn’t rely on someone understanding the connection between hardware and software, or someone knowing about the problems with the Google Play Store.

What do you think of these iPhone ads? Let us know in the comments below or tweet us @AppleGazette.

Must-Watch Short Film: “The Life and Death of an iPhone”