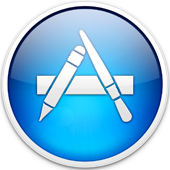 You know that annoying notification banner that comes up to tell you there are updates available for your apps from the Mac App Store? I hate that thing. But there’s a quick, easy way to make the dreaded banner go away.

You know how it goes. You’re hard at work typing something. You’re watching a cool video. You’re surfing the Web. Whatever you’re in the middle of, you don’t want to be bothered. And there comes that blasted notification banner: Updates Available. New software is ready to be installed. Get your butt over here and click this banner. We won’t take no for an answer.

That last part might as well be there, because that aggravating banner just plants itself in place, refusing to budge until you update those apps. It’s not like an email notification, or a Twitter or Facebook notification; it doesn’t vanish after a few seconds. And it doesn’t care at all if it’s blocking other buttons or things on your screen. It’s like a stray cat just outside your door that sits there and stares at you, unblinking.

You might think that the only way to be rid of that banner is to click on it. But that’s not true. Sure, you can go into the Mac App Store and turn off notifications altogether. Or you can go to the Update page in the Store and right-click or two-finger-click on an app to “Hide” that app’s notifications. Or you can temporarily turn off all alerts in the notification menu.

But what if you don’t have time to be torn away from what you’re doing? What if you just plain don’t want to open the Mac App Store?

In that case, hover your cursor over the banner and do a two-finger swipe to the right. Whoosh, just like that, the banner’s gone. It’s such a quick gesture that it doesn’t even interrupt your work flow. It’s practically a reflex. No brainpower or attention required. Swipe and it’s gone.

Now the caveat to using this method is that it’s a Band-Aid. It only gets rid of the banner for a short time. About an hour, I think. So you may end up using it multiple times as you work. But as a temporary fix for those times when the banner’s in your way and you don’t want to click on it… It’s a godsend.