You are here: Home / iPhone / So what will we expect from iPhone 5? 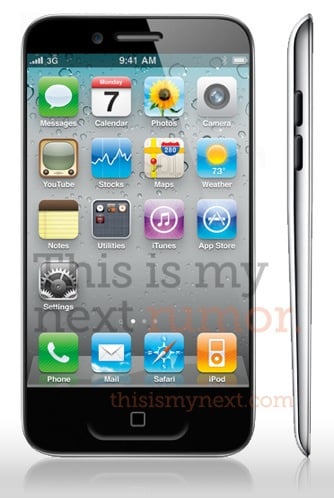 After all of the rumors, we can now finally expect the official announcement of Apple’s iPhone 5 tomorrow, October 4. After more than a year of guesses and speculations the arrival of the newest iteration of Apple’s Jesus Phone is nigh. There was a lot of talk about the supposed improvements and changes in the fifth generation iPhone. But Apple has predictably kept mum about what their plans are for the iPhone 5. This left Apple fans, experts and industry insiders to try and piece together what the iPhone 5 will be bringing to the table.

Of the barrage of information, rumors, and guesses flooding the internet about the iPhone 5, the following seem to be the most likely ones we can expect from the iPhone 5 announcement tomorrow.

The general consensus is that the iPhone 5 will undergo a major redesign, much like how the case changed from the iPhone 3G to the iPhone 4. The basis for this speculation are the wealth of leaked pictures and descriptions of iPhone 5 cases that are coming out of China. If we are to believe these cases, the new iPhone will have a slightly larger screen size – from 3.7 to 4 inches, that would occupy even the edges of the device. Also, the case will undergo a radical change in shape. It will taper down from the top to the bottom – meaning the bottom will be thinner than the top part of the phone. The sides will also eschew the hard edges of the iPhone 4 to a more rounded profile. There is also some evidence that the back of the phone will be metal.
The inside of the iPhone 5 will also reportedly get an upgrade. According to some sources, it’s almost certain the iPhone 5 will use a dual-core A5 processor, the exact same processor being used on the iPad 2. The RAM will also be doubled from 512MB to 1GB. Also, it is believed the iPhone 5 will have a dual antenna that will make it compatible with both CDMA and GSM networks.

One of the features of iOS 5 (which will reportedly be launched alongside the iPhone 5) that will be implemented on the iPhone 5 is Assistant. This is a voice recognition and navigation system that will enable users to control the iPhone through voice commands. This is not just a simple voice dialing function. Assistant will give users a lot of freedom in terms of control – from asking for directions to composing email or text messages (along with sending them). This is a feature that is getting a lot of buzz and is one of the most anticipated announcements tomorrow.

Finally, the popular belief is that the iPhone 5 will have the ability to access and take advantage of 4G. The rumor mill is abuzz about this feature and it looks like HSPA+ technology will be built into the iPhone 5 (even though HSPA+ is like a half-baked 4G).