How To: Encode Real MP3s in iTunes

by Robin Parrish 12 years ago10 months ago
3

You know how it is. You’ve picked up a new CD and you want to play it on your portable music player. But instead of an Apple music player, you own something else, like a Sony Digital Walkman, Zune, or Sansa Fuze. AndÂ doggone iTunes will only rip CD tracks into Apple’s proprietary “.AAC” file format — a format which is only playable on Apple’s music players (iPod, iPhone, iPad).

How do you get your music onto your device using only iTunes? It’s a lot easier than you think.

It turns out, iTunes is able to encode CD tracks into several other file formats. AAC is merely the default; Apple being Apple, they want to ensure that using their stuff instead of anybody else’s.

You can change this setting, and you don’t have to be a music engineer to do it.

2) Under the “iTunes” menu in the top left corner, click “Preferences.” 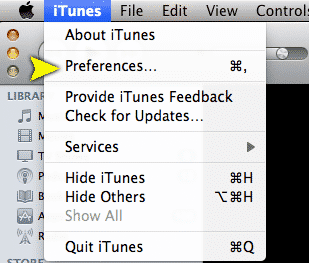 3) A new window will open up, where you can adjust your preferences for every aspect of iTunes. There on the first tab, marked “General,” click on the “Import Settings” button near the bottom. 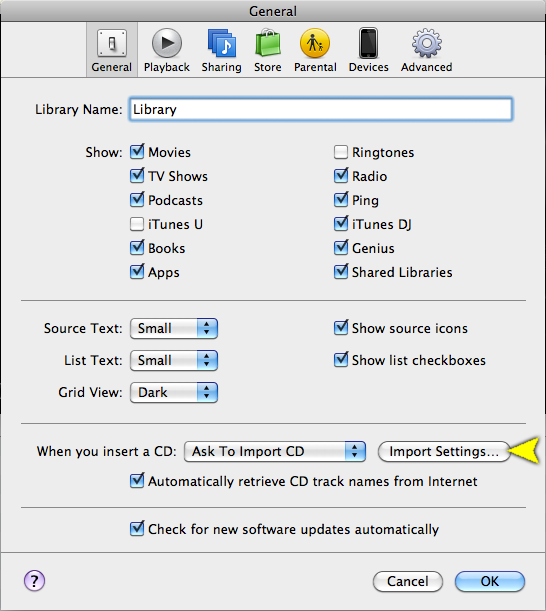 4) The Import Settings menu opens. The first option at the top says “Import Using.” If you click on the drop-down menu beside it, you’ll see that there are five different formats that iTunes can import and encode your CD tracks as. “MP3 Encoder” will import all of your CD tracks as MP3s, and so forth. 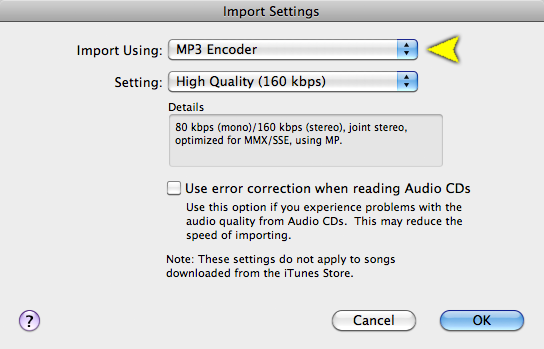 MP3 is the most widely used format, though some audiophiles prefer the “WAV” format because it stores a great deal more information, and therefore is a more “pure” reproduction of your CD tracks. MP3s compress audio files, resulting in some minimal loss of sound quality. These losses are usually so insignificant that no one but the most trained ears will detect them. But it’s nice that iTunes gives you both options.

That’s it. Click “OK” twice to exit Preferences. From now on, every CD you import will be saved as a file with a “.mp3” extension. Unfortunately, this process does nothing to change over all of your existing music files saved to your iTunes library. For those, you may want to look into some file conversion software. Another option — although much more tedious — would be to delete all of your CD files from your iTunes library and then re-import them one at a time using these new settings.

Given the versatility of the MP3 format and all the places it’s recognized, using MP3 instead of AAC makes sense even if you’re a diehard Apple fanatic. I switched my iTunes file format ages ago, and always import every musical track as an MP3 file.